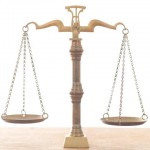 Discriminatory practices against religious minorities in Muslim-majority countries are an ongoing issue. For example, in Saudi Arabia non-Muslims cannot build places of worship, nor can they bring their religious scriptures into the country without having them confiscated by Saudi customs. And in some other Muslim-majority countries, Christians and Hindus have been discriminated against and randomly attacked.

These practices are not reflective of the rights that non-Muslims should have in countries in which Muslims comprise the majority of the population. The imperative of Muslims to treat minorities in their midst justly has been enshrined since the early days of Islam in two Islamic concepts, dhimmitude and jizya, which have been widely-practiced until relatively recently.

The term dhimmi historically refers to an individual or group whose security and responsibility Muslims are responsible for. For example Jews, Christians, Zoroastrians and other religious minorities were considered dhimmis. Since Muslims were required to pay an obligatory Islamic alms tax from which dhimmis were by definition exempt, non-Muslims were required to pay jizya, a compensation tax, instead, in exchange for exemption from military service and for protection. However, this practice is no longer practiced in any Muslim country.

The concepts of dhimmitude and jizya, let us remember, are contextual in nature. It is understandable that they, like the concept of slavery, no longer fit in a modern context. Though the Qur’an encouraged the freeing of slaves and elevated the act of freeing one to a high moral level, it stopped short of calling for an outright abolition of it – yet no Muslim today would support the practice.

For the time in which they were practiced, the concepts of dhimmitude – a status that isn’t even mentioned in the Qu’ran – and jizya were quite progressive, but they understandably fall short in today’s world.

Furthermore, there was no concept of a democratic state or citizenship as we understand these now. The Qur’an provided rules for the initial formation of a society based on similar precepts, but these were unsurprisingly based on religious principles, be they Jewish, Christian or Islamic. Rather than criticise these concepts by applying modern standards of democracy and citizenship to them, we should recognise that they had their time and place.

In today’s world, the concept of dhimmitude and jizya must be replaced with equal citizenship and common taxation for all. The concept of a “subject”‘ has been replaced by that of citizen. And discrimination against religious minorities is not permissible under international law, as all nations are bound by the UN Declaration of Charter of Human Rights which outlaws such practices.

God always intended for a multi-religious society to exist in peace, for the Qur’an says, “Had Allah willed He could have made you one community. But [He did not] that He may try you by that which He hath given you” (5:48). Furthermore, freedom of conscience (“There is no compulsion in religion” in verse 2:256) and justice are important principles that every Muslim should make the basis for his or her actions towards followers of other faiths, and which should inform public policies in Muslim-majority states.

Therefore, in those Muslim states where minorities are subject to discriminatory practices, Muslim jurists that advise on political and legal matters should remember these principles and encourage fair and equal treatment of both majorities and minorities. Any jurist arguing for the implementation of laws or taxes that discriminate based on religion should try to creatively respond to the changes that are taking place around us.

In today’s world, discrimination on the basis of religion should no longer exist. And to ensure that this is the case, we have to promote and protect each other’s rights. Religious majorities should ensure that there is no injustice done to minorities – and minorities, in turn, should engage with the majorities in their societies to bring about positive change and ensure justice.

* Asghar Ali Engineer is an Islamic scholar from India working for inter-religious understanding and peace, and was awarded the 2004 Right Livelihood Award in Sweden. This article is part of a series on Islamic law and non-Muslim minorities written for the Common Ground News Service (CGNews) www.commongroundnews.org