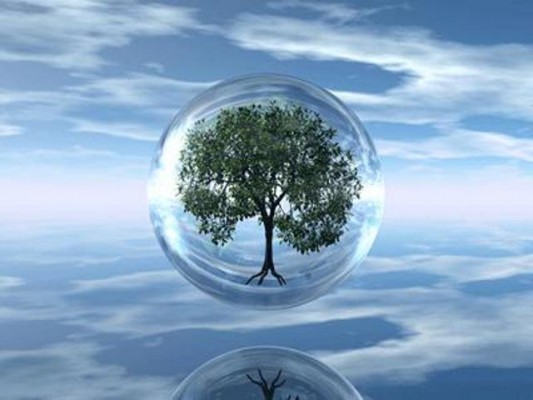 By David Suzuki with Faisal Moola

If we were to judge our priorities by the amount of space devoted to stories in the news, we’d have to figure that the World Cup, controversy at a hot-dog-eating contest, and the shenanigans of Paris and Lindsay were the most important issues. Meanwhile, news about vanishing species, climate change, and loss of topsoil appears briefly, often buried in the B section of the newspaper, before vanishing.

It’s been this way for a while. Back in 1992, some of the world’s most prominent scientists issued an urgent warning about imminent ecological collapse. The” World Scientists’ Warning to Humanity”:http://www.ucsusa.org/about/1992-world-scientists.html, signed by 1,700 top scientists from 71 countries, including 104 Nobel laureates, began with the statement: “Human beings and the natural world are on a collision course.” Major television networks and newspapers ignored the warning. Yet the same news media continue to play up the pronouncements of economic pundits who weren’t even able to anticipate the 2008 economic meltdown.

I have long maintained that what distinguishes us from other animals is our ability to use our accumulated knowledge, experience, and insight to look ahead, to see where the dangers and opportunities lie, and to choose a path that allows us to avoid the hazards and exploit the opportunities. Foresight has been the key to our enormous success as a species. Yet today, we are turning our backs on this great survival attribute as we ignore the perilous warnings of scientists while focusing on the latest shift in the Dow Jones average, the value of the Canadian dollar (to four decimal points), and the activities of Donald Trump and Steve Jobs.

Two years before the World Scientists’ Warning, astronomer Carl Sagan presented a remarkable appeal from scientists to religious leaders at the Global Forum of Spiritual and Parliamentary Leaders on Human Survival in Moscow. It was signed by 32 Nobel Prize-winning and other scientists and is well worth quoting at length:

“The Earth is the birthplace of our species and, as far as we know, our only home. When our numbers were small and our technology feeble, we were powerless to influence the environment of our world. But today, suddenly…our numbers have become immense and our technology has achieved vast, even awesome, powers. Intentionally or inadvertently, we are now able to make devastating changes in the global environment, an environment to which we and all other beings with which we share the Earth are meticulously and exquisitely adapted.”

The appeal listed numerous threats, including “depletion of the protective ozone layer; a global warming unprecedented in the last 150 millennia; the obliteration of an acre of forest every second; the rapid-fire extinction of species; and the prospect of a global nuclear war which would put at risk most of the population of the Earth.”

It also called on spiritual leaders to view the situation as a common cause: “Problems of such magnitude, and solutions demanding so broad a perspective, must be recognized from the outset as having a religious as well as a scientific dimension. Mindful of our common responsibility, we scientists, many of us long engaged in combating the environmental crisis, urgently appeal to the world religious community to commit, in word and deed, and as boldly as is required, to preserve the environment of the Earth.”

This remarkable document ends with a moving statement about an underlying congruence of science and religion: “As scientists, many of us have had profound experiences of awe and reverence before the universe. We understand that what is regarded as sacred is more likely to be treated with care and respect. Our planetary home should be so regarded. Efforts to safeguard and cherish the environment need to be infused with a vision of the sacred. At the same time, a much wider and deeper understanding of science and technology is needed. If we do not understand the problem, it is unlikely we will be able to fix it. Thus, there is a vital role for both religion and science.”

At the conference, 271 spiritual leaders from 83 countries — patriarchs, lamas, chief rabbis, cardinals, mullahs, archbishops, and professors of theology — added their names to the document. Now, 20 years later, we must regain our foresight and remember these powerful warnings from scientific and religious leaders. They’re even more relevant today.