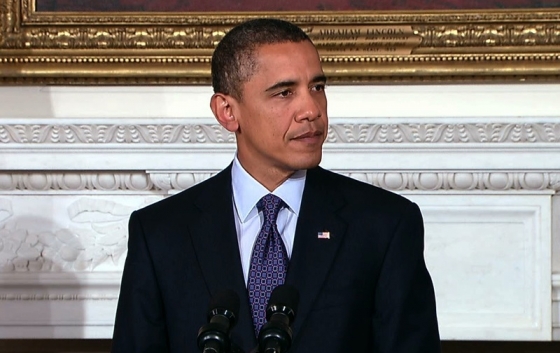 (Aug 14, 2010) – President Barack Obama issued a clear statement that the rights of Muslims to practice their religion in America must be protected at an Iftar hosted at the White House on Friday evening.

President Obama spoke for the first time on the controversy surrounding the construction of “Cordoba House,” a proposed mosque and Islamic Center in New York City, New York.

“Let me be clear: as a citizen, and as president, I believe that Muslims have the same right to practice their religion as everyone else in this country,” said the President, adding, “That includes the right to build a place of worship and a community center on private property in lower Manhattan, in accordance with local laws and ordinances. This is America, and our commitment to religious freedom must be unshakable.”

Some are calling this one of the most courageous acts taken by a president lately.

Civil rights lawyer and author Glenn Greenwald called this “one of the most impressive and commendable things Obama has done since being inaugurated.”

Muslim diplomats from around the world, political, religious, and community leaders were also in attendance at the dinner.

Many conservatives and family members of those who lost loved ones in the tragic 9-11 attacks have issued concerns about the building of the mosque so close to the site of the tragedy.

Speaking in direct response to their concerns, President Obama said America must never forget the tragedy of 9-11 and we must honor those who died working and providing relief that day, Muslims included, but that we must not confuse terrorists with the religion itself.

“Let us always remember who we are fighting against, and what we are fighting for. Our enemies respect no freedom of religion. Al Qaeda’s cause is not Islam – it is a gross distortion of Islam. These are not religious leaders – these are terrorists,” said the President.

The President spoke highly of the diversity that is the United States, stating, “Our patchwork heritage is a strength, not a weakness. We are a nation of Christians and Muslims, Jews and Hindus – and non-believers. We are shaped by every language and culture, drawn from every end of this Earth…today our nation is strengthened by millions of Muslim Americans.”

He also spoke to the long history of Presidential support for iftars and the diversity within the Muslim faith, “Tonight, we are reminded that Ramadan is a celebration of a faith known for great diversity. And Ramadan is a reminder that Islam has always been part of America. The first Muslim ambassador to the United States, from Tunisia, was hosted by President Jefferson, who arranged a sunset dinner for his guest because it was Ramadan-making it the first known iftar at the White House, more than 200 years ago.”

ISNA President Dr. Ingrid Mattson states, “ISNA thanks the President for his strong and articulate support of the Muslim community and our rights here tonight. It was made clear that the right to religious freedom for all, including Muslim Americans, is supported by our President”

Earlier last week, New York City Mayor Michael Bloomberg also issued his strong statement of support for the Cordoba House and protection of religious freedom for Muslims and all Americans.

“ISNA is proud of the positive leadership shown by President Obama and Mayor Michael Bloomberg. There is more work to be done to protect the civil rights of Muslim Americans, and ISNA hopes elected officials across the country will join the President and Mayor to bravely protect those rights as well,” said Dr. Mattson.