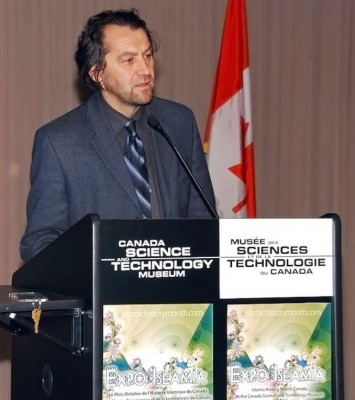 We now live in an age of collective punishment.

One person holds an objectionable view or makes a controversial statement and anyone associated with that person in anyway is also found to be guilty.

We call this guilt by association and most right thinking people consider it to be totally unfair.

But this is exactly what Canadian Defence Minister Peter MacKay has done with his decision to cancel a public talk by Imam Zijad Delic, the executive director of the Canadian Islamic Congress (CIC), which was scheduled to take place at National Defence Headquarters here in Ottawa on Monday.

When justifying his move, MacKay labeled CIC as an extremist organization based upon remarks made by former CIC President Dr. Mohamed Elmasry on the Michel Coren Show on Oct 19, 2004, a full six years ago this month.

Delic has totally distanced himself from Elmasry’s statements and has categorically declared that “Muslims totally forbid suicide bombing.” Delic further stated that Elmasry was speaking on his own and not on behalf of CIC.

“Of course CIC doesn’t agree. There are many leaders who speak and they don’t speak on behalf of everybody. They just speak,” Delic said. “Muslims totally forbid suicide bombing.”

Delic, who possesses a PhD from Simon Fraser University, has spent his entire career here in Canada building bridges between various faith groups and has encouraged Muslims, especially youth, to become involved in every aspect of Canadian society.

The title of his thesis was “Hermeneutics of Islamic Education and the Construction of New Muslim Cultures in the West: Faithful, but Reformed.”

His main focus was on establishing new initiatives for building bridges between the Muslim community and Canadian society at-large. In fact, in the past he has spoken at events sponsored by the departments of Foreign Affairs and Transportation as well as participating in numerous interfaith dialogues across the country.

He is a sought after speaker and finds himself on the road a good part of his time.

Monday’s speech was to be part of the CIC sponsored Islamic History Month which is observed every October across Canada through a series of public events and lectures.

Ironically, Delic’s proposed speech was going to be about Muslim participation in the Canadian armed forces and how it is important for members of the Muslim community to become involved in the struggle against terrorism and extremism.

MacKay’s decision is both an insult to Imam Delic, who has a solid track record of moderation, bridge-building and promoting responsible citizenship, as well as a slap in the face to Muslim Canadians as a whole.

She has made numerous presentations and training to academic institutions and professionals, both nationally and internationally, on the development of human personality and the role of religion and family.

These two people do not sound like those who lead an extremist organization to me.

How are Muslims expected to engage with the wider society when they are continually being smeared by elected officials and well known Muslim moderates are labeled extremist and not permitted to speak?

Even as MacKay cannot be held resposible for the comments of previous Defence Ministers, likewise Imam Delic should not be punished for what CIC’s former president said six year ago.

As Canadian Muslims we wish to engage with our elected officials with a view to making Canada a better place in which to live.

But sadly, we are continually being pushed away and this is creating a further sense of alienation, especially amoung Muslim youth.

MacKay’s decision is both deplorable and counter-productive.