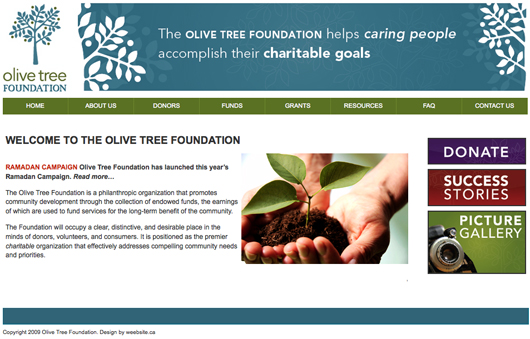 (June 20, 2010) – The Olive Tree Foundation has announced that it will fund a study by the Tessellate Institute (TTI) on “Canadian Muslim Youth: Concepts of Political Participation.”

TTI’s project will be conducted in the context of growing governmental and community concern over the ‘radicalization’ of Canadian Muslim youth.

By investigating, through empirical research, their perspectives on participation, the research aims to learn what Canadian Muslim youth think about politics and their involvement with it.

The study will seek to answer some pressing questions: Are they similar to other youth, who are only marginally involved in formal political processes? Do they share with other Canadian youth a more extensive involvement in local, voluntary, and civic engagement? What is their political socialization in the home, at school, in civic associations, amongst peers? Is there a sub-culture(s) particular to Canadian Muslim youth as far as political engagement goes? What demands are Muslim youth placing on the political system? What diffuse support do they offer to the Canadian regime? Are Canadian Muslim youth being ‘radicalized?’