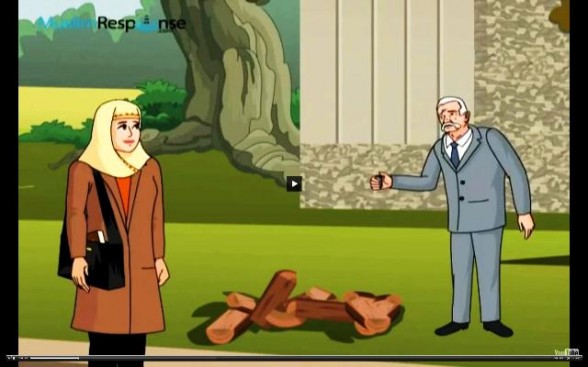 (Toronto – September 21, 2010) – A new website to counter misconceptions regarding the Muslim viewpoint was launched today.

MuslimResponse.com is meant to fill a void and appeal to a wider audience by making the material presented easier to digest, Asmaa Hussein, the site’s VP of Media Relations, told IQRA.

“There are not many widespread forums where average Muslims can engage in meaningful dialogue over various issues,” Hussein said.

The idea for Muslim Response sprouted during the “Draw the Prophet Day” Facebook campaign.

The team was shocked and deeply saddened with the lack of balanced and professional responses from Muslims.

“We also noticed a lack of multimedia-based responses to issues related to the Muslim community, and we know that information shared over social media networks is often the key to getting an idea or concept out,” she added.

The first project of Muslim Response is a short animation that addresses the ‘Burn a Koran Day’ campaign that was scheduled to take place at a small church in Florida.

The team behind the site is made up of young professional Canadians and they are hoping to make their messages go viral through the support and coverage by other sites.

“We are approaching Muslim bloggers, websites, and organizations to help promote our collective message and share the content with their groups and networks,” Asmaa Hussein said.

For more information about Muslim Response’s vision, its programs, or videos, please visit the website online at http://www.muslimresponse.com