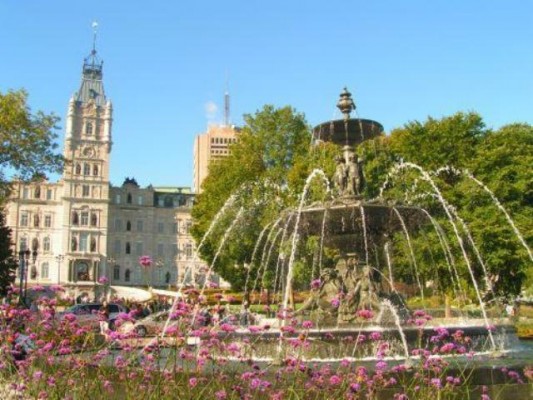 In an article first published in the Hamilton Spectator and later posted on IQRA.ca, Hussein Hamdani attempts to connect recent Quebec draft legislation on the niqab (face veil) with the independence movement.

He concludes: “Quebecers continue to have a real difficulty dealing with ethnic minorities.”

In fact, Br. Hamdani’s article illustrates that some Muslims in the ROC (“Rest of Canada”) continue to have real difficulty in understanding what makes Quebec, and Quebecers, distinct from their English-speaking counterparts in Canada.

In doing so, he does injustice both to historical and political accuracy, and to the interests of Muslims in Quebec, who have nothing to gain from being identified as foot soldiers in Ottawa’s campaign against Quebec national affirmation—a political, not an ethnic issue.

It would be more accurate to frame the question in terms of Canada’s ongoing difficulty in dealing, not with an “ethnic minority”, but with what was once recognized as one of the country’s two founding peoples.

This nuance is, however, absent from Br. Hamdani’s account.

Alas, following the unilateral patriation of the Canadian constitution (which Quebec has never accepted) in 1982, the notion of equality between English and French Canada has fallen by the wayside, to be replaced by a Canadian multiculturalism that relegates Quebecers to the same status as a substantial minority immigrant community.

One need seek no further to understand resentment in Quebec in the face of irresponsible criticism about lack of sensitivity to ethnic minorities.

Those who read Br. Hamdani’s article would be interested, surely, to know that the recent identity crises that have erupted in Quebec have been, in effect, organized by federalist governments.

The first, over the “reasonable accommodation” issue, followed mass demonstrations by Quebecers of all ethnic backgrounds and religions in 2006.

It was orchestrated by the Harper government via its local ally, the Action Démocratique du Québec (ADQ), and based on a scandalous manipulation of news and rumor that attempted to portray Quebecers as bigots and racists.

Quebecers demonstrated massively against the invasion of Iraq in 2003, against Zionist aggression in Lebanon three years later, and later against the violent attack on Gaza in 2008.

One easily understands the government’s desire to neutralize this vibrant affirmation of international solidarity across ethnic and religious boundaries.

The current pseudo-crisis over the full-face veil has been created by the Charest government in an effort to divert public attention from its apparent links with organized crime, and its avowed intention to impose radical neo-liberal economic policies that would abolish social programs and privatize public services, both dear to Quebecers of all religion persuasions…Muslims included.

To better illustrate the cynical nature of the Charest government’s actions, hearings on Bill 94 have been postponed until August, the height of the summer vacation season.

Many believe the Bill will simply expire.

Quebec is not out of step with anyone, and especially with the rest of Canada.

But the reverse may well be true.

Debate in Quebec is open and lively, as hearings of the Bouchard-Taylor Commission amply demonstrated.

Little imagination is needed to understand why Quebecers hold firmly to the idea of shared values, one of which is their right to set up an independent state should they so wish and, minimally, to have their language respected.

Muslims would be making a grievous error in lining up behind “English Canada’s position” in this or any other matter.

They should instead educate themselves in the social and political history of Quebec, its achievements in promoting and protecting democracy and the vibrancy of political debate.

More than a few Muslims in Quebec are fluent French-speakers, identify naturally with its aspirations and join hands with their fellow citizens in working to build the stronger, more united Quebec of tomorrow, which may or may not ultimately be a part of Canada.

Perhaps the best way of sensitizing Muslims in English Canada to the situation in Quebec would be for articulate observers like Hussein Hamdani to brush up on their French and spend some time in Montreal, a city that indeed brings together a wide variety of people to live peacefully and respectfully in a climate of deference to civic values grounded both in individual rights and cherished collective beliefs.

Seen in this light, it should be incumbent upon us, as Muslims, to emphasize our own commitment to democratic values, which embrace respect for the rights of nations to determine their own future.