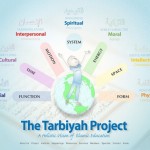 (May 24, 2010) – Muslims in North America lost a visionary and inspiring leader in education.

Dawud At-Tauhidii passed away on Sunday, May 23rd after battling cancer for two years.

Tauhidi had dedicated his life for Islamic education in North America.

For more than two decades, Tauhidi was involved in various aspects of Islamic education – as a teacher, researcher, administrator and curriculum developer.

His most recognized work was the Tarbiyah Project, a ground breaking effort that aims at translating Islamic values into practical and implementable programs that enable Muslim students to live Islam.

“I mourn brother Tauhidi not only as an educational leader and a pioneer in Islamic character education, but also as a dear brother whom I worked with for over 5 years when the school I was principal of was chosen as a pilot program for the Tarbiyah Project,” said Safaa Zarzour, current ISNA Secretary General and former principal of Universal School of Bridgeview, Illinois.

“He was such a selfless and dedicated soul that you could not help but to admire and respect him,” he added.

A native of Philadelphia, Tauhidi, who embraced Islam in 1972, studied at Lehigh University and later studied Arabic at the University of Pennsylvania.

In 1980, he graduated from Al-Azhar University in Cairo, Egypt with a degree in Usul ad-Din and taught at the Islamic Community Center School in Philadelphia.

In 1983, Tauhidi completed his master’s degree in Islamic Studies at the University of Michigan and in 1985 completed his doctoral candidacy examinations in the same field.

During that time, he served as a teaching assistant, research assistant and studied toward a second master’s degree in Teaching Arabic as a Second Language.

His research interests included “Towards a Model of an Islamic Philosophy of Education”, “Educational Institutions in Early Islam”, “The Affective Domain in Second Language Acquisition”, “Statistical and Lexical Studies of the Qur’anic Lexicon”, “Semantic Structures and Worldview of the Quran”, and other topics.

In 1985, he co-founded the Michigan Islamic Academy in Ann Arbor, MI, where he served as its founding Principal, serving for three years.

In 1988, he helped form the Michigan Education Council and co-founded Crescent Academy International, a college-preparatory, Islamic school in suburban Detroit, where he served as Director since 1988.

During the past twelve years, Tauhidi worked on developing an integrated curriculum for Islamic education, known as the Tarbiyah Project.

The aim of this project is to provide a more effective paradigm for teaching today’s Muslim children based on a holistic and integrated approach to education known as the Integrated Learning Model (ILM2).

Tauhidi is survived by three sons and two daughters.