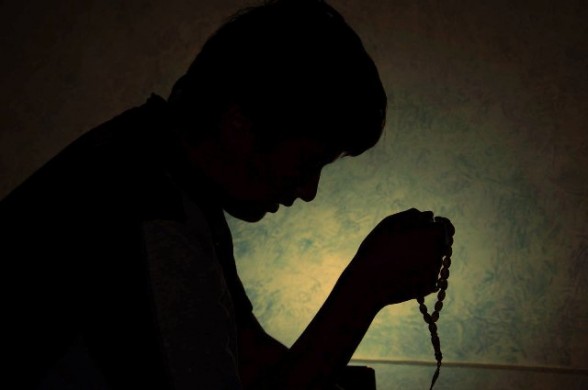 For years, MuslimFest has been a great event that thousands of Canadian Muslims look forward to.

It is a family outing that showcases arts and cultural expressions, which is something that younger people are often more closely connected to than their parents.

Historically, arts and artistic expression were popular with Muslims who were spiritually alive and often connected to brotherhoods and circles in which they gathered to remember the Creator.

Muslims sometimes have challenges with accepting spiritual circles and expressions of spirituality in their community.

Today, more Muslims are accepting of expressions of spirituality and mosques, too, are trying to accommodate this maturing of their congregations.

It is important to recognize that events like MuslimFest are crucial in this spiritual awakening.

But before the main MuslimFest summer headliner, there were many initiatives that helped create a following and a market which MuslimFest now enjoys.

In the early days of Toronto’s Muslim community there were small gatherings of Muslims who would get together for sessions of dhikr.

At the time, these gatherings were seen as very peculiar among Muslims who were more accustomed to getting together for speeches, fundraising dinners and committee meetings.

These men and women gathered simply to invoke the name of God and to take pleasure in the spiritual benefits they reaped.

These individuals planted the seeds in many to take the remembrance of God and share it with the communities these young activists were trying to change.

An arts grant by the government spawned a wonderful evening produced by the Muslim Youth Link called Light Upon Light which was a platform for many young individuals to come and display their artistic skills and talents.

This was one of my first exposures to publicly organized dhikr sessions, which was done by University of Toronto students who have now gone on to be community leaders.

Another memorable event was Lantern of Hearts produced by York University students.

Lantern of Hearts had a good cross section of Muslims from all over the world and spiritually diverse backgrounds.

While it felt like a performance, the pieces chosen and the songs that were sung, were spiritually charged and deep in meaning.

This event ran for many years and was very quaint and charming.

While it attracted hundreds of guests, it still felt like a small and warm gathering.

As the years went by, Muslim pop became more mainstream and accepted.

The likes of Sami Yusuf, Raihan, and others came to the fore.

Ihya Foundation once put on an event they called a Mawlid.

However by all indicators it was clearly a concert.

This evening featured the groups, Ashiq-e-Rasul, 786 Boys, and Shaam.

It was great to see in person groups whose CDs we were listening to for years.

It really shifted the understanding that Muslims can have such a thing as a concert.

The Muslim Day performances at Wonderland were also another event that helped solidify the concept of musical performances by Muslims.

The biggest Muslim event in Toronto, the Reviving the Islamic Spirit conference that takes place each December, also has taken note that Muslim concerts have become a fan favourite.

I sometimes complain that in order to get the real genuine experience, we now have to scurry away to small dhikr houses or gatherings much like the early Muslims in the city did.

While my kids and I are pumped to attend Muslim Fest this coming weekend and celebrate where artistic expression has come since the early days when it was taboo to discuss, sometimes my husband and I say “the olden was truly golden!”