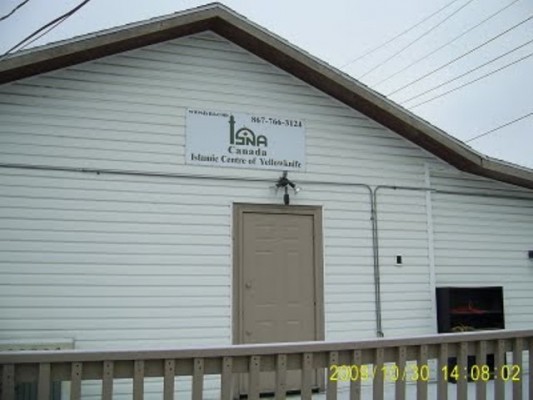 The Yellowknife RCMP is investigating a possible hate crime against the Muslim community in Yellowknife, N.W.T.

Nur Ali told CBC News that he went to the Islamic Centre of Yellowknife to pray early Monday morning, October 11, when he saw an image depicting the Prophet Muhammad stuck to the door that women use to enter the mosque.

The picture showed the face of a bearded man wearing a turban and having eyes “like a crazy person,” according to Ali. The name, ‘Muhammad’, was under the diagram.

The picture is now with the police while they investigate.

Members of the mosque are calling it a hate crime, but Insp. David Elliot said it’s too early to say if that’s the case.

“We’re in preliminary investigation in that complaint. Due to the fact that it is preliminary, we are not really in a position to say whether it a hate crime or not. That’s for the investigation to determine.”

Elliot says while it’s too early to determine if it was a hate crime, officers are taking the case seriously.

Northern News Services report that this was not the first time the mosque was desecrated. In 2001, shortly after the Sept. 11 attack on the World Trade Centre, the sign that hung in front of the mosque was torn down.