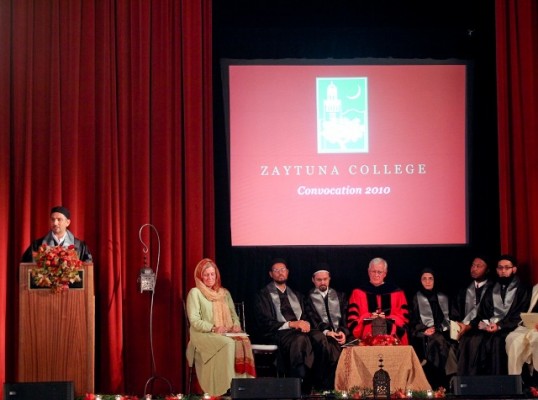 “We have looked forward to this day for many years and are very pleased to welcome the first class of incoming freshman to Zaytuna,” said Hamza Yusuf.

“We have long desired to establish an institution that recognizes the importance of shaping Islamic scholars and teachers that fully understand American culture. Zaytuna College is the first institution of higher learning to address that need,” he added.

Hoping to blend the best of American and Muslim educational traditions, Zaytuna College has started the process towards accreditation from the Western Association of Schools and Colleges and is endeavoring to be one of the first accredited Muslim-run colleges in the United States.

“The college will in due time graduate highly trained and culturally aware professionals to lead the growing number of Muslim institutions and communities across the country as well as contribute in meaningful way to the diverse American tapestry,” said Dr. Hatem Bazian. 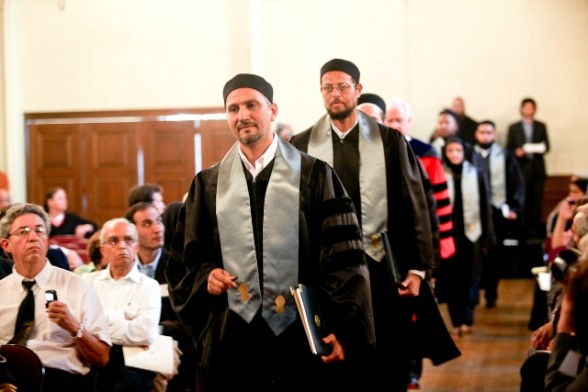 The school, which hopes to grow to 2,000 students in a decade, is renting classroom space at Berkeley’s Baptist Seminary of the West for the first five years.

“As the years pass, the founding of Zaytuna College will prove to be a milestone in bringing about both a sounder understanding of Islam and better relations between Muslims and members of other faith communities here in the United States – God willing,” added Imam Zaid Shakir.

The incoming class of students, made up of six men and nine women, have expressed their excitement over being part of an important moment in Muslim American history.

“I am very excited about coming to Zaytuna college. I am an American, and I want to fuse what I will learn here about traditional Islam with my American upbringing,” says Haroon Imtiaz, a Zaytuna College freshman.