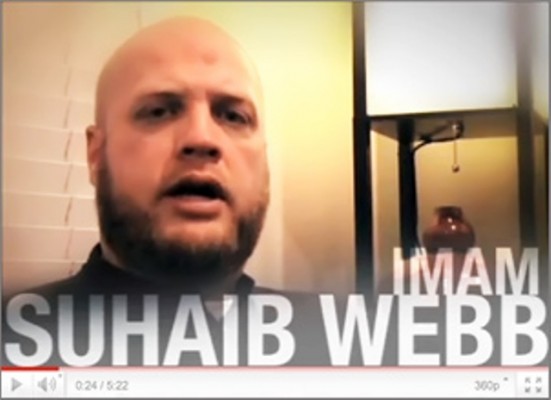 Founded in 1988, MPAC is an American institution which informs and shapes public opinion and policy by serving as a resource to decision makers in government, media and policy institutions.

Some of the messages featured in the video include:

“You don’t see Allah giving success to the advocates of extremism, indiscriminate violence and killing civilians. Where are they successful? You just see one mess after another. It’s time for us to start cleaning up those messes. And even going beyond that, it’s time for us to contribute to the construction of something that is beautiful.” – Imam Zaid Shakir

“I share with these other imams and great leaders in encouraging all of you to avoid and stay away from these types of messages and instead focus on being a positive role model in society by taking part in the production of Islam in this society and being able to appropriate your positions as Muslims in this society by living up to the Prophetic example.” – Imam Suhaib Webb

“This religion is not our property. We have no right to detract, to pollute, to sully the good name of Islam and the good name of our Prophet (peace be upon him)… And it’s important to not arrogate to oneself the idea that somehow you know what the will of God is.” – Shaykh Hamza Yusuf

“The media is flooded with quotations and statements from people who… have the audacity to take certain verses and twist the meaning and ignore what the Arabic language actually indicates, and pass judgments that make Islam and Muslims a very frightening phenomena, which is contrary to the reality.” – Dr. Maher Hathout

“We as Muslims are instructed to respond to tyranny and to fight it in a proper manner. There is no denying that we as Muslims have to stand up for truth and justice, that we have to help those who are in need of our help—that we have help the oppressed, the poor, the weak, the widow, and the orphan. This is part and parcel of being not just Muslim, but really of being a decent human being.” – Shaykh Yassir Qadhi

Compiled with the assistance of the Islamic Society of North America and the religious leaders themselves, the video is part of MPAC’s broader effort to work with a diversity of respected leaders and communities to tackle the issue of violent extremism head on.