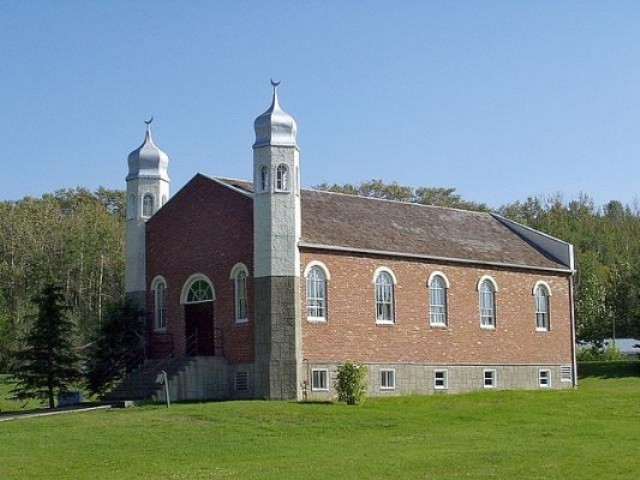 Many of the major concerns facing Canada’s Muslim community reflect the same concerns of Canada’s population at large including employment, health care, the rising cost of living and education

These concerns include, but are not limited to:

* The increasing right-wing positions of the Canadian government on a host of issues which are hurting Canada’s international reputation. Canada’s one-sided support for Israel, for example, its military presence in Afghanistan and increasing anti-Iran rhetoric from the current government is a major concern for Canadian Muslims.

*The lack of voice for Muslims in Canada’s political system. There is no group which the current government meets with on a regular basis to discuss issues of concern to Canadian Muslims. In fact, existing groups, such as the Canadian Islamic Congress, are being marginalized and unfairly labelled as extremist.

*Restrictions on religious liberties. Take for example the case of a pharmacist wearing a niqab who refused to remove it during French-language class in the province of Quebec. The Quebec government announced plans to ban government agencies and public institutions from offering services to veiled women. Bill 94, when it becomes law, will effectively eject the niqab from Quebec’s public sphere in the name of gender equality and maintaining secular values in public services.

* The general feeling that the so called “war on terror” has made Muslims an easy target. In the current social and political environment the most innocent of activities becomes suspicious in the eyes of the authorities.

*Negative attitudes and assumptions about Muslims portrayed in the media which lead to rising Islamophobic sentiments as well as the many distorted myths surrounding Arabs, Muslims and South East Asians.

* Racial and religious profiling is also a major area of concern.

* There are also calls for Muslims to integrate into the wider society as well as being accused of not properly embracing “Canadians values” and that Muslims are different and thus don’t properly fit in. Yet it is unclear what it is meant by these terms. Integrate into what? What are Canadians values? How do Muslims properly integrate into the surrounding society while keeping a balance between being effective citizens and realizing their distinctiveness in issues that do not align with our values as Muslims? Is Islam compatible with “Canadian values?” If so, how? If not, why not?

Based upon the feedback that was received in preparing this article, there are also a host of internal concerns including:

* The many divisions and infighting among Muslims based on ideological and ethnic considerations which does harm to the community.  Somalis, Pakistanis, South Asians, and Arabs from various countries, for example, have failed to develop a cohesive community and each group tends to associate with people from their own ethnic background or country of origin. Is it possible or even desirable to formulate a uniform code of ethics for us to deal with one another especially on issues of differing opinions and multiple Islamic jurisprudence? We also lack team spirit and tolerance towards differences that are resident within our community. These issues are causing divisions between Canadian Muslims and causing long term harm.

*Related to the previous point, Canadian Muslims have no national representative organization which would be instrumental in uniting them. Due to this shortcoming, Muslims lack coordinated thinking or action to deal with a large number of challenges (including helping the needy among us), and our relations with the larger society. While some organizations and individuals are doing constructive and good work, this is not coordinated or done on an organized basis.

* Combating un-Islamic ideas that are creeping into the community and disguising themselves as “Islamic.”

*Many converts, especially women, feel there is not a place for them in the community and single mothers feel that they are marginalized.

* Many Muslims also feel that Imams are out of touch with the daily concerns of the community and that many of the Friday khutbahs lack relevance.

* Too much emphasis on constructing more mosques – which are extremely expensive – and not enough resources are channelled towards providing social services, involvement in media and advocacy work.

* Many of our youth feel that the Mosques are being run by the older generation without much welcome for organizational involvement by the younger generation of Muslims. In addition, it is felt that the contributions of women are being neglected and that important decision-making is dominated by men.  These two groups of people – youth and women – are being driven away from the Mosque as there is no encouragement for them to be involved in any meaningful way.

* Only a tiny percentage of Muslims are actively involved in working in the community. Most are not involved. Why is this so? What can be done to overcome this?

* There are concerns over how Muslims can avoid transactions involving Riba (interest).

* Training Muslims speakers- whether they be Imams, khateebs, media spokespersons etc. –  to communicate effectively so that they understand the language of the public discourse as well as developing sound debating skills is an urgent need of Canadian Muslims.

*Adjusting to new realities. Much of the classical literature on religious matters was produced during the glory days of Islam, before nation states, democracy and the widespread acceptance of basic human rights. How can those classical teachings be adjusted to today’s reality? If Muslims get the opportunity, should they aim to go back to the ideals as understood by the early scholars (in terms of governance, law, relations with other faiths/cultures, etc.)? If not, then what approach should they take?

* Making Mosques more inclusive. The ideal role of the Mosque is to be the center of the community. We know that. But how can that actually happen when the community is divided along ethnic and sectarian lines? What compromises can and should be made for the sake of unity? What steps can individuals and the leadership take to improve inclusiveness in the Mosque while taking into consideration preferences and traditions? Or is it just better to let everyone have their own Mosque?

* Addressing jihad head on. We’ve heard the explanations of the greater jihad, the personal struggle, and how the extremists take the verses/ahadith about jihad out of context. But what really is their context? Are they abrogated? If not, then what rulings/lessons are to be derived from them? What are the rules of engagement and how would they apply, if ever, in our world today? It is feared that by shunning the topic, the mainstream will end up leaving a void that others are way too eager to fill. The oft-quoted explanations offered by the mainstream may not be enough for inquiring minds, it is feared

* Marriage, dating and maturity. On one hand, youth are encouraged to steer clear of dating and pre-marital sex. The solution is marriage, they’re told. But their families may disagree or may not like their choice of a partner. Or they might just be way too immature. If they do go ahead and get nikahed, many end up in divorce due to their immaturity and hastiness. So what’s the solution? Get married early with greater risk of divorce, or hang in there while engaging in dating or virtual dating (i.e. chat, sexting, etc.) and get married when they’re ready for the step?

Finally, but by no means conclusively, one astute observer made these observations  -some of which have been mentioned above – but are worthy of consideration. He writes:

I think we should place our emphasis on concerns from inside instead of outside of the community. I think the main problem is that we need 4 types of community members: good volunteers, good managers, good thinkers and media workers and good leaders. Our problem is that we have are lacking in all of these areas. In addition, those who are working in this field are very confused, and many managers act as leaders, many volunteers act as managers, and so on, without being able to distinguish between the proper roles of the various titles.

Second point: Our community is not able to build specialized organizations and all of our energy goes to building Mosques. We need to build media watch teams and social work associations and think-tanks for strategic studies. We need to raise the consciousness of our people about the importance of developing and delivering these kinds of services. We need to convince people to donate generously to such projects.

Third point: We need to encourage our youth and students to specialize in Law, Philosophy, Social sciences, Politics and Medicine with a view to creating a balanced professional profile for the next generation of Muslims living in this country. Currently we have a great lack of people in these crucial fields.

Fourth and final point: We need to emphasize the importance of and invest in professional leadership and management training programs for those actively involved in working for the Muslim community.

These are just a few of the many issues of concern to Canada’s Muslims.

Yahya Abdul Rahman blogs at www.yahyaottawa.blogspot.com. He can be reached via e-mail at: yahyaottawa@gmail.com