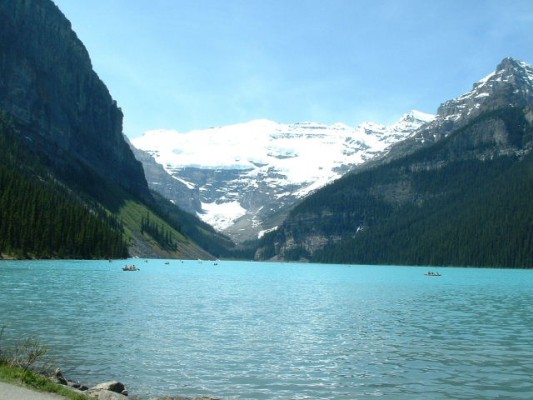 The arrest of two Ottawa men, followed shortly by two others, on terrorism-related charges has drawn anguished reactions from Canada’s beleaguered Muslim community. The country’s main Islamic organizations rushed to condemn terrorism and restate Islam’s prohibition of the taking of innocent lives. They also insisted on the state’s obligation to provide the accused with a fair trial.

Though timely, the warning is unlikely to be heard. A trial in the court of public opinion is already underway.

Public knowledge of the case is thus far limited to police statements, as well as to interviews with “terrorism experts” who appear deeply knowledgeable about the Ottawa men’s intentions. Hard on the arrests, Public Safety Minister Vic Toews used the term “homegrown terrorism.” CSIS Director Richard Fadden described the men’s alleged intentions as “domestic radicalization” whose practitioners are “rejecting the very essence of who we are in Canada.”

The homegrown terrorism that the Ottawa men are claimed to represent has supposedly been nurtured by a sophisticated internet-based campaign that depicts military action in Iraq and Afghanistan as part of the West’s war against Islam, targeted at impressionable young web surfers.

Thus within two days, arrests, charges and a skein of allegations have successfully framed the case as one of Canadian values under attack from radicalized homegrown would-be terrorists. Officials wonder aloud about balancing the safety of the state with individual freedoms.

Self-described security experts with shadowy links to the police claim the men were planning to carry out bomb attacks in Ottawa and Montréal. At the same time, circuit boards confiscated by police were, they said, designed to detonate roadside bombs of the kind used with devastating effectiveness in Iraq and Afghanistan.

Thus far, however, few have raised questions about the men’s possible motives.

Might they, I find myself wondering, be justified in reacting—desperately—to what any normal citizen would rightly view as the illegal invasion and occupation of a Muslim country? Might they be frustrated by the hypocrisy that disguises the “Canadian mission” in Afghanistan as a humanitarian endeavor to protect women’s rights and promote education?

Could they, like many non-Muslim Canadians, have experienced feelings of anger at the sight of white men with guns patrolling the streets of dirt-poor Afghan villages? Of high-salaried NGOs handing out candy by day to the children who may well be bombed into oblivion by a US drone strike by night? Or to the spectacle of high Canadian officials hobnobbing with the drug lords of the puppet Karzai government?

Could they possibly have concluded, as have several non-Muslim commentators, that US-led invasions of Iraq and Afghanistan were indeed acts of war against sovereign Muslim countries? Could they possibly have been swayed not by inflammatory jihadist websites, but by something more elemental, a sense of solidarity with the victims?

In the Canadian context, they would not be alone.

Quebeckers, who remember RCMP provocateurs masquerading as FLQ terrorists, the role of the Trudeau government in proclaiming the War Measures Act of October 1970, and the subsequent occupation of Montreal by the Canadian army, have been unwavering in their rejection of Canada’s role as occupying power in Afghanistan. They demonstrated in the hundreds of thousands against the American invasion of Iraq, and have taken massively to the streets to protest Israeli aggression in Lebanon and Palestine.

Of course, Canadians with long memories will recall the volunteers of the MacKenzie-Papineau Battalion who traveled illegally to Spain in 1937 to join the fight against fascism.

Muslim organizations in Canada and Quebec could lend further credence to their plea for equal treatment of Muslims by condemning the use of Canadian troops as collaborators in the illegal occupation of a poverty-stricken Muslim country, and suggest ways for young Canadian Muslims to join their voices with those of their fellow citizens in opposing by political means the state terrorism of the Western coalition of which their country is a part.

That would be promoting the very essence of who we are in Canada.