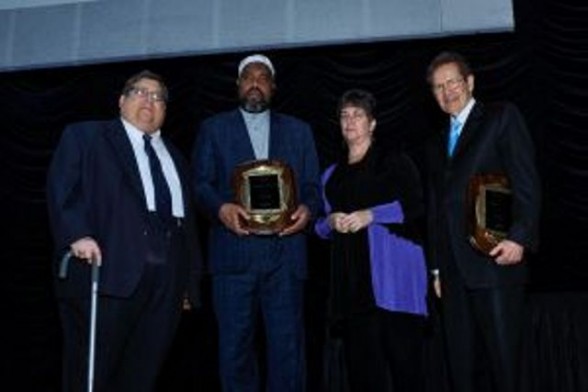 The award was presented at the 25th Annual Olender Foundation Awards earlier this month.

The Olender Foundation aims to counter poverty and violence and to promote opportunity and equal justice.

Each year the foundation honors public figures and ordinary citizens who make extraordinary contributions to society.

Imam Magid has developed a strong relationship with the Jewish community, both as an ISNA leader and as the Director for the ADAMS Center.

In August 2010, Imam Magid and Dr. Breger joined U.S. Special Envoy Hannah Rosenthal to lead a delegation of Muslim and Jewish leaders to the Nazi camps of Auschwitz and Dachau.

The Imams shared a prayer for all the Holocaust victims and also issued a joint statement pledging “to make real the commitment of ‘never again’ and to stand united against injustice wherever it may be found in the world today.”