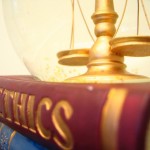 Let us agree on this: we live in pluralistic societies and pluralism is an unavoidable fact. We are equal citizens, but with different cultural and religious backgrounds. So, how can we, instead of being obsessed with potential “conflicts of identity” within communities, change that viewpoint to define and promote a common ethical framework, nurtured by the richness of diverse religious and cultural backgrounds? After all, a pluralistic society needs a strong and effective ethics of citizenship in order to face up to both its internal challenges (diversity, equal rights, racism, corruption, etc) and international challenges (economic crisis, global warming, migrations, etc).

Here’s one principle for reaching that goal: an ethics of citizenship should itself reflect the diversity of the citizenship. For while we agree that no one has the right to impose their beliefs on another, we also understand that our common life should be defined in such a way that it includes the contributions of all the religious and philosophical traditions within it. Further, the way to bring about such inclusion is through critical debate.

When it comes to the new Muslim presence in western countries, that critical debate is hard to achieve. Islam is perceived as a “problem”, never as a gift in our quest for a rich and stimulating diversity. And that’s a mistake. Islam has much to offer – not least when considering how individuals in politics and business have recently been behaving, within the limits of the law, but with a clear lack of ethics.

Islamic literature is full of injunctions about the centrality of an education based on ethics and proper ends. Individual responsibility, when it comes to communicating, learning and teaching is central to the Islamic message. Muslims are expected to be “witnesses to their message before people”, which means speaking in a decent way, preventing cheating and corruption, and respecting the environment. Integrity in politics and the rejection of usurious speculation in economics are principles that are pushing Muslim citizens and scholars to explore new avenues that bring public life and interpersonal ethics together.

More broadly, the Muslim presence should be perceived as positive, too. It is not undermining the Greco-Roman and Judeo-Christian ethical and cultural roots of Europe. Neither is it introducing dogmatism into the debate, as if spiritual and religious traditions automatically draw on authoritarian sources. They can operate within both the limits of the law and in the open public sphere. On the contrary, the Muslim presence can play a critical role in thinking about our future and shaping a new common narrative. It can help recall and revive some of the fundamental principles upon which the cultures of Europe are based.

To put it another way, Muslims remind their fellow citizens that one cannot simply get rid of older ethical traditions and replace them with a supposedly neutral rule of law or by impartial values formed in a free market. To agree on the rule of law, equality and democratic transparency is surely not enough. Contemporary crises within societies, and at the international level, remind us we need more ethics in our public life, not merely more efficiency.

Whether we can agree on the content of a common ethic is another question entirely. But this is where critical and indepth debates should take place, and it’s in this way that the issue of our plural future together should be determined. That future cannot be shaped by superficial discussions of national identity, values or Britishness. Similarly, we must stop treating diversity as a hindrance, for it should be exactly the opposite. Rather, an ethics based on our common citizenship must be forged from a serious and profound engagement with the meaning of our common humanity.