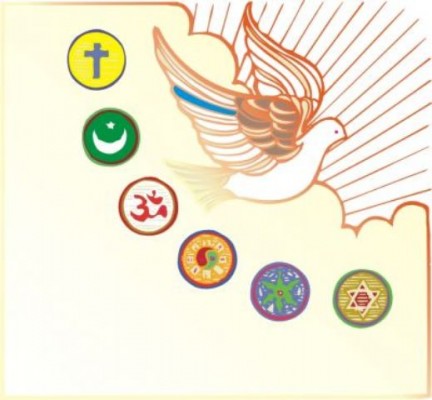 In these times, it is essential to engage in interfaith and intercultural dialogue, given the way our world is evolving. With post-modern globalisation there has been a decline in the belief in the philosophy of progress: the secular theory of salvation no longer has the answers to existential concerns of our times.

Humanity is struggling with a deep uncertainty caused by economic globalisation, permeable borders, and the mixing of cultures and traditions due to migration and increasingly sophisticated means of communication and transportation.

An environment with these changes favors a reemergence of the irrational in general, and the spiritual and religious in particular. In fact, our world – as the American sociologist Peter Berger notes – is fiercely religious.

I am convinced that in this climate of turbulence, religions offer the potential for generosity, wisdom and an ethical sense of transcendence capable of creating a strong link between people, beyond their differences. We might have different beliefs and dogmas and adhere to different schools of philosophical and metaphysical thought, but I strongly believe that it is possible to share a pragmatic universal system of ethics that would allow us all to live together.

The details may differ from one tradition to another, but we can definitely act together towards a more peaceful future.

Religions are not abstractions. And interreligious dialogue is above all an encounter between human beings who may be from different religious traditions but nevertheless share the same humanity, the same world, the same reality and sometimes the same culture, social condition, language, ways of thinking and interests.

An ethic of common action is thus possible.

Intercultural and interfaith dialogue is above all a matter of understanding the “other”. It should be motivated first and foremost by a natural desire to meet the other, who is different but paradoxically alike in many ways. At the end of the day, we all belong to the same big family of human beings. We are different ethnically, linguistically, religiously but these differences are what make us rich.

The Qur’an tells us to know one other: “We have created you male and female, and have made you nations and tribes that ye may know one another” (49:13). But dialogue is not only about knowing one another.

In today’s tense climate, dialogue must also be part of a geopolitical strategy – what one could call a “geo-theological” strategy – that can help build understanding between nations and contribute to peace within societies and between people.

The purpose of interreligious dialogue is to prevent tensions that can arise between and among religious communities. A geo-theological strategy could respond to the threat of uncontrolled de-secularisation described above – which is equally a threat to individual religions – by anticipating violent forms of religion nourishing claims of identity which could tear apart the fabric of societies, endanger national unity and launch conflicts between nations.

It is thus very important today that religions do not transform their universalism into totalitarianism – which would jeopardise the very spiritual values that they uphold.

All religions should provide reassurance and offer hope for a better, fairer and more egalitarian life. Instead of fighting each other, they should fight, hand-in-hand, against threats of violence and misunderstandings that endanger humanity.

* Tareq Oubrou is Director of the Bordeaux Mosque and President of the Imams of France Association. This article is part of a series on religious leaders and interfaith dialogue written for the Common Ground News Service (CGNews).