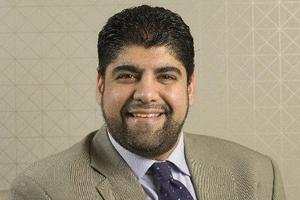 Growing up, when someone asked me where I am from (since no one assumed that I was Canadian), I would say that my family comes from Yemen. After being prodded, I’d admit that I was born in Kampala, Uganda, in East Africa. I never volunteered that I am actually African.

I’m not sure why I was ashamed to admit that I am African, or that I was born in Kampala. It seemed that everything I read about Africa embarrassed me — the seemingly constant cycle of war, famine, brutality and depression. Perhaps it was because Idi Amin kicked all Asians and Arabs out of the country in 1972, forcing us to become homeless refugees. This act of betrayal stained me.

However, the lure of Africa was ever present in my life. My dad and his siblings often talked romantically about their lives in Uganda. The Ugandan Asians in Canada became the wealthiest and most economically successful immigrant community in the history of this country. Last week, one former Ugandan became mayor of Calgary. I’m proud of our accomplishments, but still was not interested in visiting my birth country.

Last month, I had an opportunity to visit Uganda with my father for the first time. We had no idea what to expect. I am not sure if I was looking for closure (what am I trying to close?), but I knew that it would be unfortunate for me if I did not see the hospital or city where I was born, or the first house that I lived in.

After my return, and upon further reflection, I can now admit that I am irreparably in love with Uganda. The country shattered my prejudicial notions of an African country. Although Uganda has suffered in the past, there are few traces of the trauma and civil war present today. The Lord’s Resistance Army, a Christian fundamentalist militia that killed hundreds of thousands of people in the north, is gone, the Asians who were the lifeblood of the economy in the past are starting to come back, the army appreciates its role within a democratic system, and, most importantly, the economy has grown at a rate unseen in all of Africa.

Uganda today is a tourist haven. There is the opportunity to trek within metres of the one of the world’s last few hundred mountain gorillas, arguably the most exciting wildlife encounter Africa has to offer — though observing chimps in the Budongo Forest runs a tight second. The Ugandan premier savannah reserves, where these days you can almost be certain of encountering lions, elephants and buffaloes, are magnificent. One of the highlights of my trip was going to Murchison Falls and witnessing a family of lions eating an unfortunate elk. To see such wildlife in their natural habitat is life-altering. The other highlight was paying my respects at the graves of all four of my great grandparents in Kampala: proof that my connection to Uganda spans generations.

Uganda has changed in the past 30 years and so have I. I am a proud Canadian. But I am also a proud African, Yemeni, Muslim, hockey fan, lawyer, social activist all at the same time, and none of these are contradictions.

It fascinates me to think of what life would be like if I still lived in Uganda. I am quite proud of that country today, and I can now admit without shame that I was a refugee from Africa. But I am thankful that life’s journey has landed me in Canada.

Freelance columnist Hussein Hamdani lives in Burlington, and works as a lawyer in Hamilton.