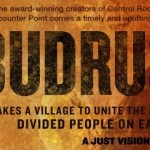 Most of the media coverage surrounding the Israeli-Palestinian conflict focuses on stories of violence and despair. Little is known about the growing Palestinian-led non-violent movement that has united rival Palestinian factions, including Fatah and Hamas, and encouraged hundreds of Israelis to cross into the West Bank and Gaza for the first time to join this non-violent effort.

A new feature documentary film Budrus, produced by the Washington, DC and Jerusalem-based organisation Just Vision, documents non-violent Israeli and Palestinian civilian efforts to resolve the conflict. It tells the story of Budrus, the village where this movement was born.

The founder of this movement, Ayed Morrar, also a Palestinian community organiser in Budrus – just northwest of the West Bank city Ramallah – brought women to the heart of the struggle in cooperation with his daughter, Iltezam Morrar. In 2003, in response to the separation wall/fence slated to expropriate part of their land, both father and daughter initiated a non-violent movement that is still continuing today. The movement aims to stage non-violent protests to change the route of the separation wall/fence off of Palestinian-owned lands.

The film captures images of Palestinians’ weeping over lost olive trees, Israeli border police struggling over whether to use violence against Israeli peace activists, and Palestinian youth being chastised because their rock throwing at Israeli soldiers threatens to turn a peaceful movement into a violent confrontation.

Some of the most moving scenes show Palestinian women are jumping away from bulldozers, and a female Israeli soldier establishing a rapport with Palestinian women in Budrus. While this film captures the story of this village in particular, its larger goal is to show that change can be accomplished in the Middle East through peaceful means.

Budrus made its world premiere debut at a gala screening at the Dubai International Film Festival in December 2009. The evening concluded with a keynote speech by Queen Noor Al-Hussein of Jordan. She praised the film, stating that Budrus “gives an enormous amount of hope… It’s a story which will have an impact and can help bring [about] change.”

Budrus received the Panorama Audience Award Second Prize at the Berlin International Film Festival in February 2010 after premiering to sold-out audiences. The film is currently being screened in Canada and will soon be shown in Europe.

This feature documentary was directed and produced by award-winning filmmaker Julia Bacha and co-produced by Palestinian journalist Rula Salameh and filmmaker and human rights advocate Ronit Avni. Skillfully mixing footage from multiple sources and conducting interviews with Israelis and Palestinians, Budrus captivates viewers throughout its entire 82-minute dialogue in Arabic, English and Hebrew.

Just Vision was launched in 2003 to ensure that Israeli and Palestinian civic leaders are taken seriously as partners in the quest for peace and are visible, valued and influential in their field. Budrus is the second film by Just Vision. Its first award-winning film Encounter Point told the true story of everyday leaders who refuse to sit back and watch the Israeli-Palestinian conflict escalate, and who choose instead to promote non-violent solutions to the conflict.

At times Budrus may be difficult to watch for those emotionally invested in Israeli or Palestinian society because it displays negative aspects of both communities. Part of its charm, however, is that it challenges audiences to re-examine some of the stereotypes they may hold about this conflict. As Iltezam Morrar says, “I now know not all Israelis are the same.”

Hopefully, this attitude spreading amongst Israelis and Palestinians – as well as Budrus’s message of non-violence – will bring us one step closer to resolving this conflict.