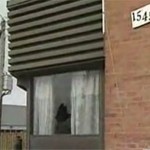 One of the mosque’s windows was smashed and a bottle with flammable material was either thrown or placed inside the window.

The Molotov cocktail burnt itself out and did only minimal damage with the repair tab estimated at $3,000.

“They tried to burn the mosque down,” Zakir Patel, principal of the Islamic School of Hamilton which is part of the mosque, told the Hamilton Spectator.

The Islamic school has about 200 students from kindergarten to grade 8.

“An attack on any place of worship is deeply offensive and hurtful,” said Ihsaan Gardee, CAIR-CAN Executive Director. “Thankfully, no one was hurt and the small fire caused only minor damage, but the scale of damage that might have resulted from such an attack is alarming,”

The local Hamilton Spectator reports that the remains of the glass bottle, pieces of burnt carpet and a lighter found outside the smashed window have been sent to the Centre for Forensic Sciences in Toronto.