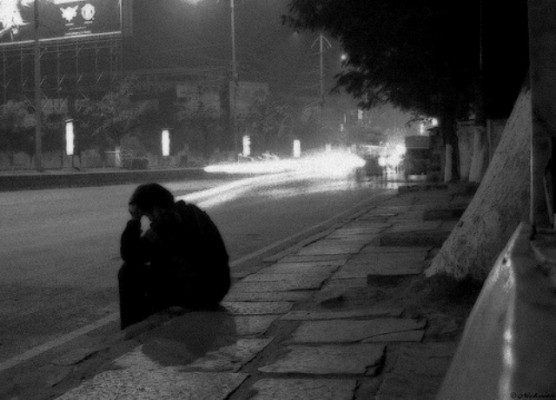 This is a story about Haider and Habib. It’s a real story that happened seven, maybe eight years ago.

Haider was a humble, down to earth kinda guy – a guy who’d give up his seat on the bus to just about anyone else: Old, young, sick, healthy, didn’t matter. He’d rather you sat more comfortably than him.

Habib was an older guy – must’ve been at least in his early 50s – and perhaps the slowest talker I’d ever met. He was tall and lanky, with perfect posture, a long face and skin like finely aged leather. His teeth were crooked, one of them was chipped, and he spoke in the most memorable German accent you’d ever hear. He was a guy who was perpetually down on his luck. He would often times show up at different mosques in the Toronto area, knowing they’d have free food – or at the very least, some warm tea after the service was over.

There was one particular mosque in the GTA that Habib used to frequent often. Nobody would say it out loud, and certainly not to his face, but deep down we all knew why he was there: It was a generous congregation. After the service, he’d walk around to the groups of people who were sitting down and socializing and hit people up for some cash. It happened so regularly, at one point, that his routine became familiar.

“Excuse me, brother” he’d say in his thick German accent. “Can you help a brother with some help.”

Sometimes he’d hold out his hand, other times not. He took pride in explaining his circumstances. He was “down on his luck” he’d say, his wife and daughter were in the states, and he was staying at a cheap motel because he had nowhere else to go. People would give him loose change, sometimes bills. He knew the imam of the masjid by name, and when the imam didn’t have money, he’d always find someone who did who could help Habib out. Sometimes he’d go home with an extra $20 bucks, sometimes more, sometimes less. Much less.

He didn’t “look” like he belonged, especially not hanging out in a congregation filled with South Asians, Arabs, and Iranians. Secretly, I’m sure people wished he would stop coming.

But he did. At one point, there were a group of youngish people who took a liking to him. One of them was Haider. He’d often volunteer to give Habib a ride to the nearest subway station. Habib knew to never ask for a ride to his motel – that would’ve been too embarrassing. So Finch Station it was, or at least somewhere nearby, where Habib could disappear back into the night like the stranger he was.

It continued like this for many months, perhaps even years. Some Fridays Habib would show up, other Fridays he wouldn’t. Once it happened that Habib asked Haider for a ride to the Willowdale/Cummer area, saying he had some friends he was staying with there. Haider, being kind-hearted and struggling through life’s doldrums like all the rest of us, was only too happy to oblige. For all Haider’s difficulties, he spent an extra half hour a week dropping a guy off, a guy he hardly knew… a guy who most of us would’ve considered a nuisance. Haider never even stopped to see where Habib ACTUALLY went after getting out of his tiny civic hatchback. He dignified the man by letting him have his privacy.

A few weeks later, Haider got a call from the police. They needed him to come into the station to answer some questions.

“Do you know a man named Hubert [I’m omitting his last name]?” they asked.

“Nope,” Haider replied. “Never met anyone with that name in my life.”

The officer was puzzled.

“That’s odd,” he said, “We found your name and phone number in his pocket.”

“Come with me,” the officer said. “I need to show you something.”

So he took Haider into a small room, with a foul smell coming from a bag on the table. The officer unzipped the bag, and asked:

“Do you know who this man is?”

The body had decomposed to such an extent that he could hardly be recognized (Haider would later explain that the man didn’t even look human anymore). No facial features, scars, nothing. All he could recognize were the teeth.

And the one chipped tooth he’d seen so many times before.

“What happened to him?” Haider asked, holding back tears.

The officer continued the story. They’d found Hubert, dead, lying on his bed in an empty motel room. He had died of natural causes. It took workers at the motel days to discover the body. He died all alone, with hardly any possessions to his name. No one even knew he was dead, not even his family. What’s worse, police had no idea how to contact any of his relatives. They had no information on file for nearest of kin, friends, family. Nothing.

All they found was Haider’s phone number in one of Habib’s pockets.

I wasn’t with Haider that day, but I bet he cried. Maybe even a lot. Here was a guy who, when he was alive, was a burden to everyone around him. Some people would walk away when they saw Habib coming, because we all knew he was going to ask for money. Some people even told him off, to stop begging and show some self-respect.

Not Haider. Haider might’ve been the only “friend” Habib had – even if it was just for those few minutes they shared in his car every week. Thanks to his selflessness, Haider made sure Habib was given a proper funeral. Habib lived as a nobody, and if it wasn’t for Haider, he would’ve died as a nobody too. Instead, he now has a marked grave somewhere in the GTA.

The reason I’m sharing the story is this: We all have our own “Habib” in our life. It could be someone you look down on because you think they’re slow, or poor, too demanding, or whatever. The point is this: Don’t let them die alone. You will never forgive yourself.

And say a prayer for Habib. I’m sure he’d thank you, before disappearing back into the dark night.

* by an anonymous contributor