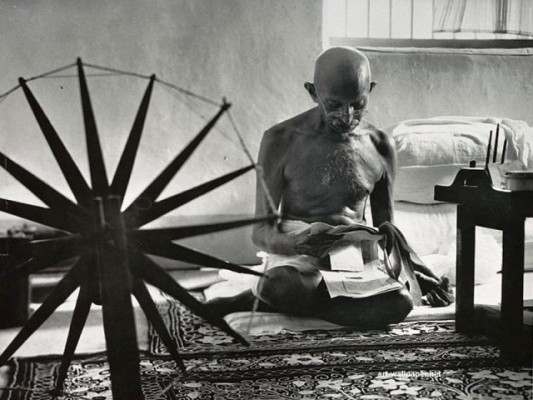 Equality between men is an ideal. Religions, philosophies and political ideologies have made the equality of human beings the essence of their teachings, principles or systems. Individuals must be treated with equal dignity and fairness. And yet a journey through societies and nations is all it takes to convince us that we still have a very long way to go: political philosophies have been elaborated, Declarations and Charters have been drawn up, ratified and signed, and laws have been passed, but the reality of inequality and discrimination is obvious to all. Universally. Whilst equality is a de facto legal principle, we cannot avoid the conclusion that the law is not enough to establish it.

Before we talk about laws and rules, we have to discuss and evaluate the very idea of humanity, and of its unity and diversity. And besides, there can be no law without ethics … without a certain idea of Man, of the good, and of social and political ideals, and there can therefore be no question of legal equality amongst Men without a moral philosophy that establishes the nature of human relations. Elaborating an ethical principle that we can add, a posteriori, to the order that establishes equality between men is out of the question. We must determine, a priori ¸a basic principle without which that order has no substance and no reality. We must evaluate laws in terms of their philosophy and –always— their relationship with power.

Ancient philosophies or religions often established the basic principle that human beings had a common origin and were therefore equal. And yet the fact remains that the way they were interpreted often condoned inequalities and relations of intellectual, religious and/or political domination : between Greeks (and then Romans) and barbarians, between those who were called religious ‘reprobates’, and between the civilized and the colonized, sometimes in the name of the philosophy of the Enlightenment.

The fact that we accept that all men are descended from Adam, that the evolution of species is an established fact, or that science tells us that the concept of ‘race’ is a purely intellectual construct that has been scientifically and objectively refuted, does not alter anything : philosophies, discourses and the way we view others and ourselves –explicitly or implicitly—condone inequality and the discrimination that comes in its wake. Even if laws do try to correct and regulate discrimination, their ability to establish a new balance is partial and imperfect. Once again, we must pursue the ethical question to its logical conclusion, set aside philosophical postulates, religious dogmas and scientific facts, and ask individuals and societies about what they think of Man and human fraternity.

One thinks of Mahatma Gandhi’s struggle at the heart of Hinduism and the caste system. No matter whether they are parias, the ‘children of God’ (Harijan), as Gandhi affectionately called them, or the ‘oppressed’ (Dalit) as some, like the lawyer and politician B.R. Ambedkar, described themselves, the ‘untouchables’ were marginalized and excluded from the four castes recognized by classical Hindu philosophy. According to that philosophy, the order of the cosmos is perfect and the universal law (dharma) establishes castes and categories. Castes are the perfect human representation of those categories and orders. They respect and mirror the dharma, which must be respected, perpetuated and promoted if we wish to act in harmony with the order of the macrocosm. Priests, teachers, intellectuals (Brahmans), warriors, kings and princes (ksatriyas), and artisans and shopkeepers (vaisya) are the elect and can attain knowledge, whilst servants (sûdras) –who are themselves divided into a multitude of categories—obey the higher castes by pursuing activities that have less spiritual and social value. The parias represent yet another caste that exists outside the caste system at the very bottom of the cosmic hierarchy, and lives in a state of impurity, indignity and poverty.

This is, then, an order or harmony that requires a hierarchy of superiors and inferiors, and its set of social relations –spaces, trades, marriages, friendships, and so on— is so codified as to reflect that reality. Gandhi fought to give the untouchable or harijan access to education, to get them out of poverty and to ensure that they had fairer treatment. He waged a ceaseless struggle against the injustices and scorn those who were excluded from the system had to face. In January 1934, he interpreted the Bihar earthquake as a warning and a punishment for the higher castes, their arrogance and their ‘sins’ against the poor and the parias. When he died in January 1948, the caste system had been abolished for a year (with India’s accession to independence), thanks to the Constitution drafted under the authority of Ambedkar, who was appointed by Nehru. He was a very early critic of Ghandi’s ‘over-condescending’ attitude, wanted the untouchables to be called the ‘oppressed’ (dalit) and advocated the principle of ‘affirmative action’ or positive discrimination in favour of the marginalized castes. Reality, however, was not so fine. The law had no power to change mentalities. The system lived on in the silence of everyday life, far away from visible breaches of the law.

Ghandi knew that and stressed (over fifty years ago now) that there was a need to work on the underlying idea of Man that was being taught in schools and elsewhere, on the moral meaning and even the conception of fraternity that lies at the heart of philosophies and religions. Unless that was done and unless people were educated, the law would be nothing more than a pretext or a dangerous instrument in the hands of those who held power (and/or the power of the word) and who defended their privileges thanks to laws that seemed in essence to be egalitarian but that were not egalitarian in practice. That issue was central to the debate between Ambedkar, who was himself a son of the untouchable caste, and who was demanding equality, resistance, justice, the right to interpret the law and access to assume and militant speech, and Gandhi, who advocated the love of the excluded, and reform from within thanks to the active commitment of the elite and the wealthy.

A religious man as well as an activist, Ghandi described himself as ‘Hindu, Christian, Buddhist and Jewish’ and challenged all those religions by looking at their day to day social practices. He warned: ‘Once we lose our moral certainties, we cease to be religious.’ Practices and philosophies must, in other words, be consistent and must be considered together.

The same questions run through our modern societies, both North and South, with the same intensity as in Gandhi’s day, even though the castes, classes and categories of our societies –be they ‘developed’ or ‘developing’—seem to be less visible than they were in India in the first half of the twentieth century. The dialectical relationship is still the same and the questions appear to be unchanged: the concrete inequalities of everyday urge us to be critical of our basic philosophies and of our conception of human fraternity, just as they must challenge the consistency of systems that claim to be egalitarian. There can be no law without ethics, and there can be no ethics without the law: we find the same equation in all religions and, with or without God, in all spiritualities and humanist and/or political philosophies.