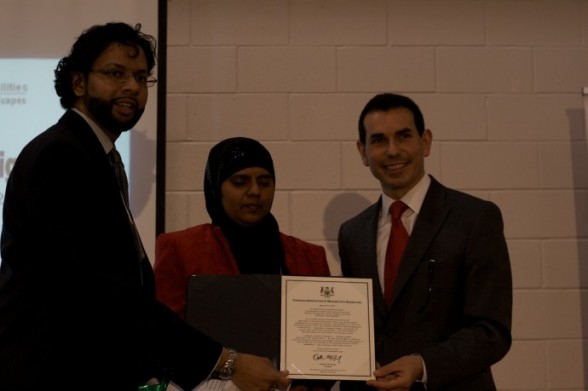 (March 29, 2010) – Muslims were advised to look at the virtue of people’s actions rather than their physical disabilities at CAM-D’s (Canadian Association of Muslims with Disabilities) Annual Gala Dinner held on Sunday evening in Mississauga, Ontario.

“We should look at the virtuousness of people rather than their physical disabilities,” Imam Zaid Shakir told the audience in a taped message.

The Gala Dinner also served a fund raiser to support the work of the organization which engages in public education programs about accessibility and the rights of people with disabilities. 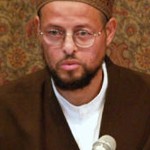 Imam Shakir said that the attitude of the Muslim community must be changed to accept physically and developmentally challenged members as full brothers and sisters.

He urged the Muslim community to make their facilities and conferences accessible.

Also speaking via Skype from Capetown, South Africa was Shuaib Chalklen, Special Rapporteur on Disability for United Nations. Chalken is a prominent leader who has made extensive contributions to the advancement of persons with disabilities.

Chalken commented that CAM-D is the first Muslim organization of this nature in Western countries that he has been in touch with and urged the organization to share their expertise with others.

Other speakers at the gala event included Peter Fonseca, Minister of Labour for Ontario, who brought greetings from Premier Dalton McGuinty and Hazel McCallion, Mayor of the City of Mississauga.

Rima Alsalah, Behavioural-Educational Consultant, introduced her 18-year-old son, Ali, and shared their journey of autism, captivating the audience with the reality of having a child with an intellectual disability.

Sabira Najfi, member of the deaf community, highlighted the importance of access to ASL interpretation and certainly proved that Deaf people have something to say.

A quick appeal for funds was made by Sheikh Abdullah Idris Ali, Deputy Secretary General of ISNA Canada who told the audience that CAM-D had made the case and it was the community’s responsibility to support their efforts. 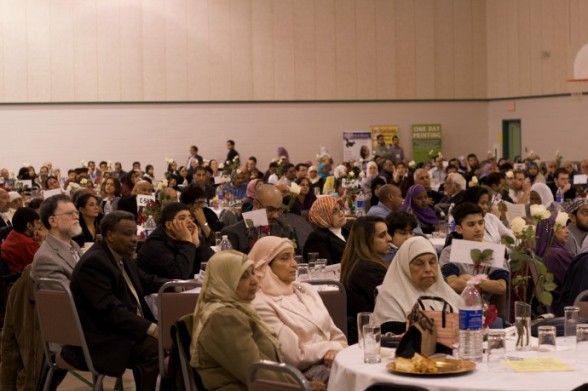 “Funds will be used to structure the CAM-D Family Network and continue public awareness activities as well as self-advocacy and planning for future activities,” stated Rabia Khedr, CAM-D’s Executive Director. “This is our first fundraising gala and could not have been made possible without the hard work of many volunteers, friends and family. I would be negligent if I did not mention prominent members of the community like Dr. Tasneem Zahir who inspired the idea of a fundraiser and generously gave her time because she wanted to step out beyond the stem cell research lab at the University of Toronto and touch people’s lives.”

Sandra Carprenter, Executive Director of Centre for Independent Living in Toronto, CAM-D’s leading community partner, remarked that, “I learned much more about CAM-D’s objectives and philosophy tonight. I am confident that we will continue to work together to support our mutual work to advance disability rights and accessibility for everyone.” 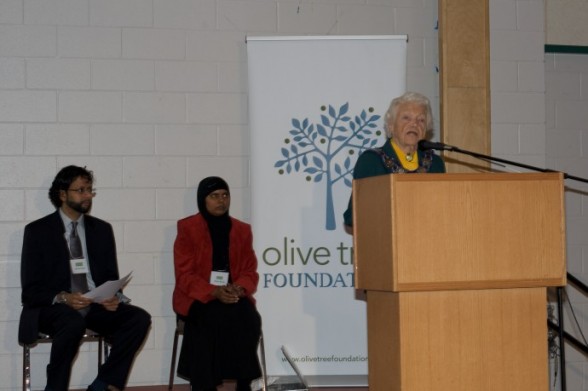 Anwaar Syed, the evening’s master of ceremonies and a Board member of CAM-D, expressed the organization’s appreciation for the many organizations that sponsored the event.

He expressed special thanks to the public endowment organization, Olive Tree Foundation, which provided seed funding to get the CAM-D going and has since been one of it most ardent supporters.

CAM-D is looking to extend its network for families and individuals with intellectual disabilities and to provide training for religious teachers and people who are blind to read the Quran in Braille. It is also hoping to provide sign language interpretation at events for deaf Muslims.