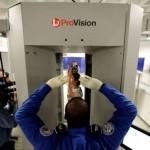 (February 17, 2010) – The Fiqh Council of North America has issued a ruling against full body scanners which are being installed at airports stating that the devices contravene Islamic law.

“The Fiqh Council of North America (FCNA) emphasizes that a general and public use of such scanners is against the teachings of Islam, natural law and all religions and cultures that stand for decency and modesty,” the ruling states.

The North American based council, an affiliate of the Islamic Society of North America (ISNA), consists of an executive council and a council of 10 scholars.

“It is a violation of clear Islamic teachings that men or women be seen naked by other men and women. Islam highly emphasizes ‘haya’ (modesty) and considers it part of faith. The Qur’an has commanded the believers, both men and women, to cover their private parts. Human beings are urged to be modest in their dress. See Holy Quran, 7:26-27; 24:30-31; 33:59.”

The Council says it fully supports measures to protect airline passengers but is concerned with the use of full body scanners for this purpose.

It is recommending that instead of producing and displaying a full body picture, software should be designed to produce only the picture of questionable materials on an outline of the body

The group of scholars also says that exceptions can be made in extreme circumstances.

“Exception to this rule can be made in case of extreme necessity, such as medical treatment, to investigate a crime or in a situation of imminent danger. There must be a compelling case for the necessity and the exemption to this rule must be proportional to the demonstrated need.”