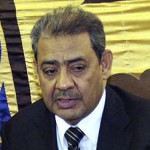 (April 7, 2010) – Less than two weeks after the death of Mohammed Sayed Tantawi, the Grand Sheikh of Al-Azhar University, Egyptian President Hosni Mubarak appointed Tantawi’s successor to the most senior post at the 1,000-year-old university, the oldest and most revered seat of learning for many Sunni Muslims.

Ahmed al-Tayyib, the former Grand Mufti of Egypt, has assumed the position of highest religious authority in the country, one which sets the tone for Sunnis the world over. Approximately 90 per cent of the world’s 1.5 billion Muslims are Sunnis.

64-year-old al-Tayyib, who has a doctorate from the Sorbonne in Paris, will be responsible for a university system with 300,000 students, as well as primary schools and secondary schools with 1.5 million pupils. Al-Azhar also decides on behalf of the Egyptian government which films and books are not in line with Islamic values and must consequently be either banned or censored.

Al-Tayyib is considered open-minded and moderate. He rejects all forms of extremism, and has crusaded against them in the past. For Mubarak, this was a decisive factor in favour of al-Tayyib’s appointment.

It is also likely that Al-Tayyib’s membership in Mubarak’s ruling National Democratic Party tipped the balance in his favour.

There have already been calls for al-Tayyib to resign from all secondary positions of this kind. Al-Tayyib, however, has rejected the suggestion that he was only appointed because of this membership in the ruling party and said says that he will “be neutral and all decisions will be made with the good of al-Azhar, Egypt, and Islam in mind.”

He has refused to resign from his posts in the party, a situation that is likely to be grist to the mill of political opponents who are calling for more democracy in Egypt.

These opponents include the Muslim Brotherhood, the largest and best organised opposition group in Egypt. In 2006, al-Tayyib, who was Dean of Al-Azhar University at the time, had one of their campus demonstrations disbanded.

In his new role as Grand Sheikh, he has written an open letter to the Muslim Brotherhood, available on the organisation’s website, Ikhwanweb, stating that he holds the group in high esteem and welcomes the role it plays in Egypt: “Like all other national parties or Islamic groups,” writes al-Tayyib, “the Muslim Brothers can participate in the activities of the country as long as they remain within the boundaries of the law.” However, this statement is unlikely to change Brotherhood’s opposition.

Al-Tayyib will not have an easy job asserting himself over the chorus of sometimes very radical voices. Immediately after taking office, the new Grand Sheikh declared that “Al-Azhar would be a bastion of tolerance and moderation against extremism and fanaticism.”

He has announced plans for special measures to combat extremist preachers on television who have been popular for years and attract Muslim audiences with their radical sermons. “We have to counter these preachers, whose ideas are very extremist,” said al-Tayyib on an Egyptian talk show. “They should be banned from the media because they only want to cause a sensation and nothing else.”

However, al-Tayyib is unlikely to be successful in banning these disagreeable television preachers because most of their programmes are only broadcast on satellite television, which almost every Egyptian home has access to. The only option for al-Tayyib would therefore be to ban satellite television, a move that could hardly be described as an example of tolerance, a tradition the 1,000-year-old university would like to continue in the future.

Al-Tayyib also intends to use the latest technology to spread a moderate Islam throughout the world, and he wants clerics at Al-Azhar to learn new methods of preaching so that instead of lengthy, traditional approaches, they can reach young people who generally expect swifter reactions to their problems and questions.

* Alfred Hackensberger is a journalist and author. This abridged article is distributed by the Common Ground News Service (CGNews) with permission from Qantara.de. The full text can be found at www.qantara.de