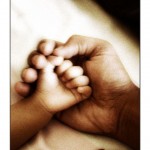 For Muslims in Canada, Fathers’ Day 2010 could not have come at a more appropriate time.

On June 15, 2010, the father and brother of Aqsa Parvez pleaded guilty to her senseless murder, and were appropriately sentenced to life in prison.

On June 20, Father’s Day in Canada, it would be worthwhile for Canadian Muslims to reflect on this and strengthen what they already know and have been taught by their faith – that mercy and compassion are the foundations of faith, and that the taking of life, other than in the course of established justice, is the exclusive right of God.

It would be counter-productive for Muslims to skirt around the issue by referencing the broader issues of domestic violence, violence against women, and general violence in the wider Canadian society as indicators that this horrific act had nothing to do with the way some Muslims interpret and apply their faith.

It would also be counter-productive for Muslims to ignore the fact that erroneous interpretations of Islamic obligations, sometimes steeped in cultural practices, sometimes promulgated by extreme literalist readings, find their way into Canadian society and manifest themselves in murders such as the tragedy of Aqsa Parvez, or in irrational acts like the ones contemplated by those guilty in the Toronto 18 trials.

Once we recognize that our community is vulnerable to this danger, we can be better prepared to address it effectively through an integrated curriculum at public and private institutions, adequate resources for immigrant integration programs, family therapy and early methods of intervention.

Many would argue, and quite rightly, that this case is not about Islamic obligations such as the Hijab, but about an enlightened understanding, wisdom and methodology of dealing with the application of such obligations in our lives, in a time and place that is radically different than what some have been accustomed to in their home countries.

The tragedy of the Aqsa Parvez murder is that she was killed by her father, the person in her life who was entrusted with her protection, her care and the fulfillment of her needs.

That he was so consumed by anger, by guilt and by shame of her rebellion against his particular view of faith is indicative of a misguided view both of the nature of his role as father, and the wide gap that exists between the Islamic teachings and values and their wise application in life.

Sadly, it is also indicative of the role of Muslim women, and wives in particular who, in some cultures, are relegated to domestic chores and have not been given the opportunity to develop skills in mediating tensions in the home.

As we mark Father’s Day 2010 in Canada, it would be good for Muslims to reflect on the kind of father the Prophet Muhammad was, his love, care and respect for his daughters, his positive engagement in their upbringing, his grief at the loss of his infant son and his closeness and affection to his adopted son Zaid and his young helper Anas ibn Malik.

The Qur’an says it eloquently: “Verily, in the Apostle of God you have a good example for everyone who looks forward [with hope and awe] to God and the Last Day, and remembers God unceasingly.”

*Farhad Khadim is the President and Director of Education, Islamic Institute of Toronto.