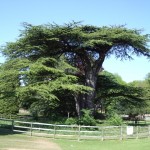 In late March, global landmarks such as the Sydney Harbour Bridge, the CN Tower in Toronto, the Golden Gate Bridge in San Francisco, Rome’s Colosseum and Egypt’s pyramids all stood in darkness, along with more than 4,000 cities in 128 countries that officially switched off their electricity to pledge their support for the planet. Earth Hour 2010 was the world’s largest global climate change initiative.

The desire to create a new global community focused not on political action but on environmental responsibility is uniting environmental experts, organisations and activists from the West and the Middle East. As one environmentalist at a recent conference in Cairo on the emergence of solar power told me, “We all live on the same planet.”

We usually think of defence, security and economics as the key issues between the West and the Middle East, but preserving and protecting our planet may prove to be what actually links us together.

For example, Egypt had a strong presence during this year’s Earth Hour, with hundreds of people heading to the pyramids to promote pro-environmental action in the face of climate change. At the appointed hour, the lights at the pyramids went off and people across the country stopped to think about international efforts to save the planet and how many of us take it for granted.

When it comes to environmentalism, goals are easy to pinpoint and are overwhelmingly the same: combating climate change, reducing greenhouse gases, protecting the world’s ecosystems and marine life, ending reliance on oil and cracking down on companies who fail to meet internationally recognised environmental needs.

And where political activism has largely been unable to bridge international divides, environmentalism is succeeding. For instance, in Middle East politics religion is all too often used as a source of division or strife, especially when it comes to its contested role in politics.

Environmentalism, however – here in the Middle East as in the West – serves far more often as a unifying force: when a Muslim talks about the need for sustainable alternative energy solutions, for example, a Christian or Jew can identify similar needs.

This is perhaps why some political activists who were focused on political change, democracy and human rights have recently become environmentalists. They had a sense of mission, but the frustration in working toward solutions and consensus on these issues was too much. They have left street demonstrations behind and now work with the same vigour on creating a better place for people to live.

Ziad Hussein is one of those former political activists who supported a number of causes in his native Lebanon but has made environmentalism his future. He currently lives in California and works with grassroots organisations such as Greenpeace, an independent global organisation campaigning for environmental protection and peace to protect forests from destruction.

His work, he says, will be translated back to Lebanon in the near future, where he hopes to galvanise – and unify – his fellow citizens around protecting Lebanon’s own ecosystems.

He pointed to his friends and colleagues in Lebanon who hear of how the environment has become a crucial public issue. Their own national symbol, the Cedar tree, is dying. Without efforts to protect and save these trees, they could “go the way of the dodo”. Hussein says that through his conversations with Lebanese leaders and activists, he hopes to inspire grassroots mobilisation to educate local and national government leaders about the need for passing new environmentally friendly laws and regulations.

“A lot of people say there is this huge schism between the East and West, but I have yet to experience this in the work I am doing in California. We all have the same goals and they are easy to bring back to the Middle East,” he added.

At Earth Hour, a quick glance at the participants demonstrated that people of all nationalities and cultures were interconnected in their shared concern for the world.

Unlike almost any other movement, environmentalism is proving to be a worthy mutual goal, one truly transcending borders, cultures and people in the Middle East, the West and beyond.

Joseph Mayton is the Editor-in-Chief of the Bikya Masr (bikyamasr.com) news organisation. This article first appeared in The Kansas City Star and was written for the Common Ground News Service (CGNews). www.commongroundnews.org