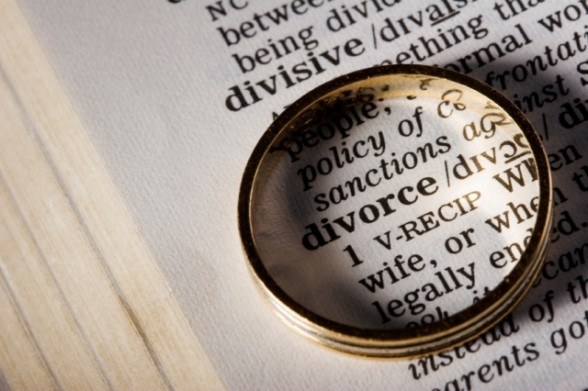 If you attended six Muslim weddings this summer, chances are that two will end up in divorce sooner or later. This is based on research conducted in the early 1990s by the late, New York-based sociologist Ilyas Ba-Yunus, who estimated the North American Muslim divorce rate stood at 31.14 percent, which was three times higher than the highest divorce rate in the Muslim world at that time (10 percent in Egypt and Turkey).

The situation hasn’t gotten better in North America over the last two decades. In fact, Imams, counselors, and lawyers are constantly indicating an increase in Muslim clients seeking help for marital crises and filing for divorce.

To understand this disturbing phenomenon, Sound Vision conducted an online survey from October 15, 2009 to January 15, 2010, in which 405 individuals across North America shared their divorce experience, including the factors that lead to divorce, as well as how they dealt with it.

Here are the detailed results of this survey for the benefit of social service providers, family counsellors, Imams, Muslim educators and the Muslim community at large.

The fact that majority of divorces occurred within the first five years of marriage clearly illustrates the need for spouses to work harder to protect, strengthen, and nurture their relationship. It is in these initial years that most of the challenges that shake the foundation of a marriage arise.

Not surprisingly, a far higher percentage of men (47.06%) re-married, compared with women (26.78%). This finding reinforces the common observation that women in the Muslim community in particular have a harder time re-marrying due to the stigma attached to women getting divorced.

About two-thirds of the participants initiated the divorce themselves, versus the one-third whose spouses started the process.

While every warring couple could cite multiple reasons for the break up, there is always one major factor that leads to the death of a marriage. Some of these factors are detectable and even preventable before the marriage. Compatibility or lack thereof between potential spouses can be determined with good scrutiny prior to official union.

The compatibility factor becomes more pronounced when one spouse was born and raised in North America and the other in the Muslim world. In our survey, over 50% of the respondents were born in North America, while only one third of the ex-spouses were born on the continent.

It can be argued that ‘incompatibility’ is also a convenient excuse or scapegoat some couples use to end their marriage due to relatively minor lifestyle inconveniences they go through after marriage.

Surprisingly, a slightly higher percentage of men indicated emotional abuse (37.70%) to be the main form of abuse they suffered, as opposed to 31.26% women. This is similar to the findings for verbal abuse: 24.59% men cited it as one of the forms of abuse they experienced in their relationship, while 21.49% women chose the same.

Understandably, more women than men ranked financial abuse, physical abuse, and spiritual abuse as a higher form of abuse they experienced in the marriage.

Emotional abuse and verbal abuse, the most common forms of abuse cited, are also perhaps the most dangerous because they are often not as overt and explicit as other types of abuse. A spouse may continue to silently suffer under emotional and verbal abuse for years until one day it becomes intolerable.

Moreover, the abuser may not even know at times that his or her actions, based on cultural upbringing or nature, are hurting his or her spouse’s feelings and could be detrimental to their relationship. This is why clear communication about expectations even before one decides to get married is crucial.

Children from the Marriage

Over two-third of the divorced individuals reported that they had children from the failed marriage, out of which 22.19% had disputes over the custody of children.

About a quarter also had children from earlier marriages.

A decisive majority of the participants (82.12%) had their family’s support and blessing in the process of divorce. Women seemed to have more support from their family (84.68%) than men did (67.39%). This again points to a shift in the Muslim community away from traditional ideas, where parents abhor and resist the idea of their children divorcing at any cost and spouses (especially wives) are encouraged to bear with a miserable relationship for the sake of the family’s honor or reputation, and the couple’s children.

Family and relatives were also ranked highest by respondents as those from whom they sought help to resolve the differences with their spouse before initiating divorce: 28.27% approached their family / relatives, 22.44% went to their Imams or local religious leaders, and 21.53% asked their friends for help, followed by a Muslim counselor (8.82%), a lawyer (7.52%), and a non-Muslim counselor (7.39%).

The fact that about half of the couples approached their families or local Imams for help reflects the urgent need for equipping family members and community leaders, in particular, with tools and resources for family counseling and the knowledge of Islamic marriage laws, as well as the legalities of marriages and divorce in the country they are living in. Professional marriage counselors in the community should also be known to the wider community and should work closely with Imams for referrals as needed.

In response to “What was your local Muslim community’s reaction to your divorce?”, 24.84% indicated negative, 12.74% received positive reaction, and 31.85% felt the community reaction was neutral. It is revealing to note that 30.57% of the participants did not publicize the divorce in the community, hence there was no reaction.

While divorce is not something encouraged by Islam, especially when all the means of reconciliation have not been exhausted, it is not something to be kept hidden from the community. The fact that about a third of the respondents decided to keep their divorce hidden, shows how much stigma divorce still carries in our community.

Moreover, when asked “Did you feel your local Muslim community gave you the support you needed while divorcing?” most said no (49.34%), 27.63 indicated yes, and 23.03% received some support.

For the majority of the couples, divorce was processed by a lawyer (48.08%) and for 19.55% it was handled by their Masjid or an Imam. The rest (32.37%) resorted to other means, including a professional mediator, judge, Shariah council/arbitrator, friend, or “verbal Talaq pronouncement three times.”

The response to “Are you better off today than you were in this marriage?” was a resounding YES (90.61%).

Of those who indicated they were happy with the decision to divorce, 31.64% were currently married, 57.45% were not married, and 10.91% were separated.

Moreover, of those who are happier today, 66.19% initiated the divorce themselves.

Interestingly, the income level of participants did not seem to emerge as a factor in the frequency of divorce. Our survey respondents were quite evenly distributed across all income levels, from “under $15,000” to “$75,000-$149,999” income brackets.

Taha Ghayyur is Sound Vision’s Development Manager and has been writing on leadership, lifestyle, and self-help issues since 1997. He is a director of MuslimFest, a project of Sound Vision, which is an award-winning annual festival celebrating the best in Muslim arts and entertainment held annually in Toronto, Canada.