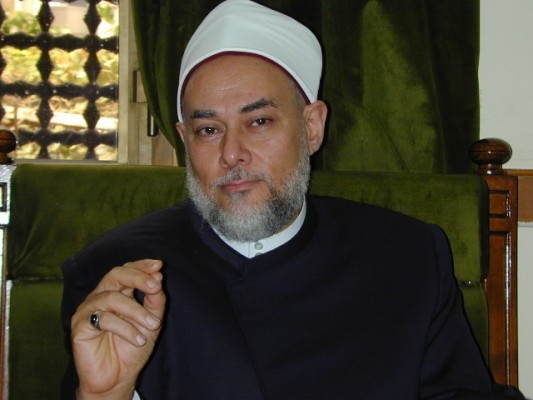 Last month marked the first anniversary of US President Barack Obama’s speech to the Muslim world in Cairo where he sought “a new beginning between the United States and Muslims around the world; one based upon mutual interest and mutual respect.”

However, the hope that greeted Obama’s speech has turned into disappointment as people realised that turning promises into reality is not easy to achieve. While he should be congratulated on his efforts to change the discourse of US policy towards the Muslim world, it is clear that people expect more than simply statements from him.

It is vital to rekindle the new spirit that accompanied Obama’s speech and to discuss together how we can transform it into practical programmes that bridge the concept of dialogue with real and effective partnership between East and West.

I believe there are several ways that can help forge a constructive partnership between the Muslim world and the United States. The Qur’an teaches us: “We have created you male and female, and have made you nations and tribes that ye may know one another” (49:13) When God says to “know one another” He does not mean in order to kill one another. All religions have forbidden the killing of innocents. Rather, we have been ordered to cooperate in a constructive manner.

The need for dialogue between people of different faiths and cultures is far greater today in view of the problems faced in the relations between peoples and communities. Dialogue stems from the recognition of identities and specificities. The Qur’an insists that the world’s beauty lies in its racial and religious pluralism, otherwise God would not have created it so (see verses 10:99 and 5:48).

Many find such ever-growing closeness and communication enriching, but for others it can be a source of confusion and intimidation.

Constructive dialogue is indeed a powerful tool in conflict prevention, management and resolution. But we still need to work harder on many fronts.

There is, for example, an urgent need to promote the value of cultural diversity through education. We must strengthen educational systems with a wider vision so that young people can benefit from cultural diversity and accept the “other”. We must also endeavour to clear misconceptions and misinterpretations, which often mar our attitudes towards the other. These include the position of women in Muslim societies, the role of Islamic law, the right of minorities, and so on.

These must be discussed honestly, and effort must be made to understand the broader historical, theological and cultural premises and dynamics.

This can only be achieved in an environment that respects international legitimacy, religious distinctiveness and the cultural traditions of people. Any reform must stem from societal reality, cultural and religious specificities, convictions and their epistemological outlooks. Reform cannot simply be imposed. Furthermore, there is a critical need for global Muslim representative bodies such as the Organization of Islamic Conference (OIC) which, together with the Fiqh Assembly in Jeddah – which deals with Islam and modernisation – and the scholarly assistance of institutions such as Al Azhar and the Islamic Research Assembly in Egypt, can become key focal points for the development of moderate and peaceful Muslim discourses.

However, it is necessary that balanced foreign policy be the basis for improved relations. For the Muslim world, and particularly its clerical community, it is important that the rule of law prevail in times of conflict. Most immediately among Muslim world opinion, this needs to be applied to the Palestinian-Israeli conflict removing long-standing suffering from the Palestinian people. Moreover, a just peace is a necessity for the success of any initiative that seeks to achieve a genuine rapprochement between the United States and the Arab and Muslim World.

The responsibility of an improved relationship between the Muslim world and United States falls on both sides. I feel that this is not only possible, but it is in fact the only way we can build a brighter and more prosperous world for our children. With cooperation and respect, I believe that no task is impossible.

* Dr. Ali Gomaa is the Grand Mufti of Egypt. This abridged article is distributed by the Common Ground News Service (CGNews) with permission from the author. The full text can be found at newsweek.washingtonpost.com/onfaith.