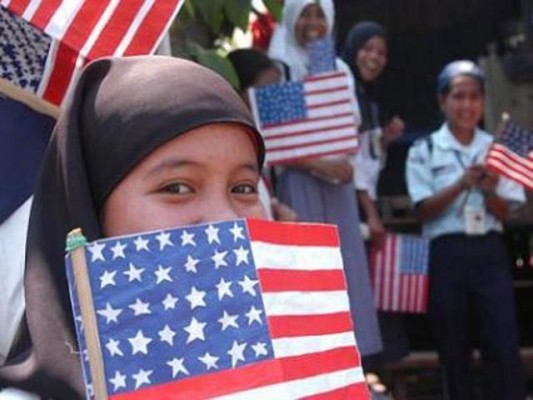 (September 6, 2010) – American Muslims are bracing for a difficult week as a Florida-based church still plans to burn copies of the Qur’an on Saturday to commemorate the September 11, 2001 attacks on the World Trade Centre.

Far from Ground Zero, where debate over a proposed Islamic center is still heated, the plan of the Gainesville church comes at a time when Muslims are set to celebrate Eid-ul-Fitr, marking the end of Ramadan.

Across the nation, religious leaders and groups are expressing deep concern in response to the announcement of the church, the Dove World Outreach Center.

The Miami Herald reports that last week, 20 Jewish, Christian and Muslim clergy gathered on the steps of Gainsville City Hall to denounce the nondenominational Dove church, whose 50 members regularly parade through the University of Florida campus with T-shirts and signs in red ink declaring “Islam is of the devil.”

The Herald is also reporting that some Muslims are leaving town on September 11 to avoid problems.

The American Muslim Association of North America (AMANA) is calling on all Muslims in and outside the U.S. not to use any form of violence against the Dove World Church.

AMANA, in a statement, is calling for restraint.

“We would like to remind that Islam calls for vigorous condemnation of such hateful acts, but always within the margins of law and order. It is of the utmost importance that we react, not out of emotion, but according to our religion. It was God Almighty, who said in the Holy Qur’an, “Good and evil are not the same. React to your enemy with what is better so that your enemy may become your good friend.” (41:34) The consensus of our scholars teach us that this verse means that we should use forbearance, wisdom and a good standard of character to all non-violent provocations.”

In Houston, about 120 people attended a symposium at the Baitus Samee Mosque, and heard speakers from Hindu, Buddhist, Jewish, Sikh, Zoroastrian, Christian and Muslim clergy discuss the sanctity of religious books, The Houston Chronicle reported.

“Even if it is a human document merely inspired by encounters of the divine, or generations of my people’s wisdom passed down and kept sacred, it is still sacred,” Rabbi Jonathan Siger told the Houston audience.

Meanwhile, in response to the controversy surrounding the Park 51 Project in New York, a Coalition of African American Muslims has been formed.

In a statement, the Coalition affirms that, “As African-American Muslims, we feel our unique perspective has been missing from an emerging national discussion. We wish to join that discussion by first of all affirming that among our forbears are Muslims who have lived peacefully and productively in this country since its inception. They, and others among our people have sacrificed too much, both in enduring the horrors and brutalities of chattel slavery, and during the long march to freedom, civil and human rights for us to silently accept a return to Jim Crow exclusionary practices and policies that relegate either ourselves or our co-religionists from other ethnic backgrounds to second-class citizenry.”

“Ultimately, our success as a nation of diverse people will hinge on our ability to move beyond the limitations that our unique identities sometimes impose on us and claim the loftiest principles rooted in our common humanity,” the Coalition members added.