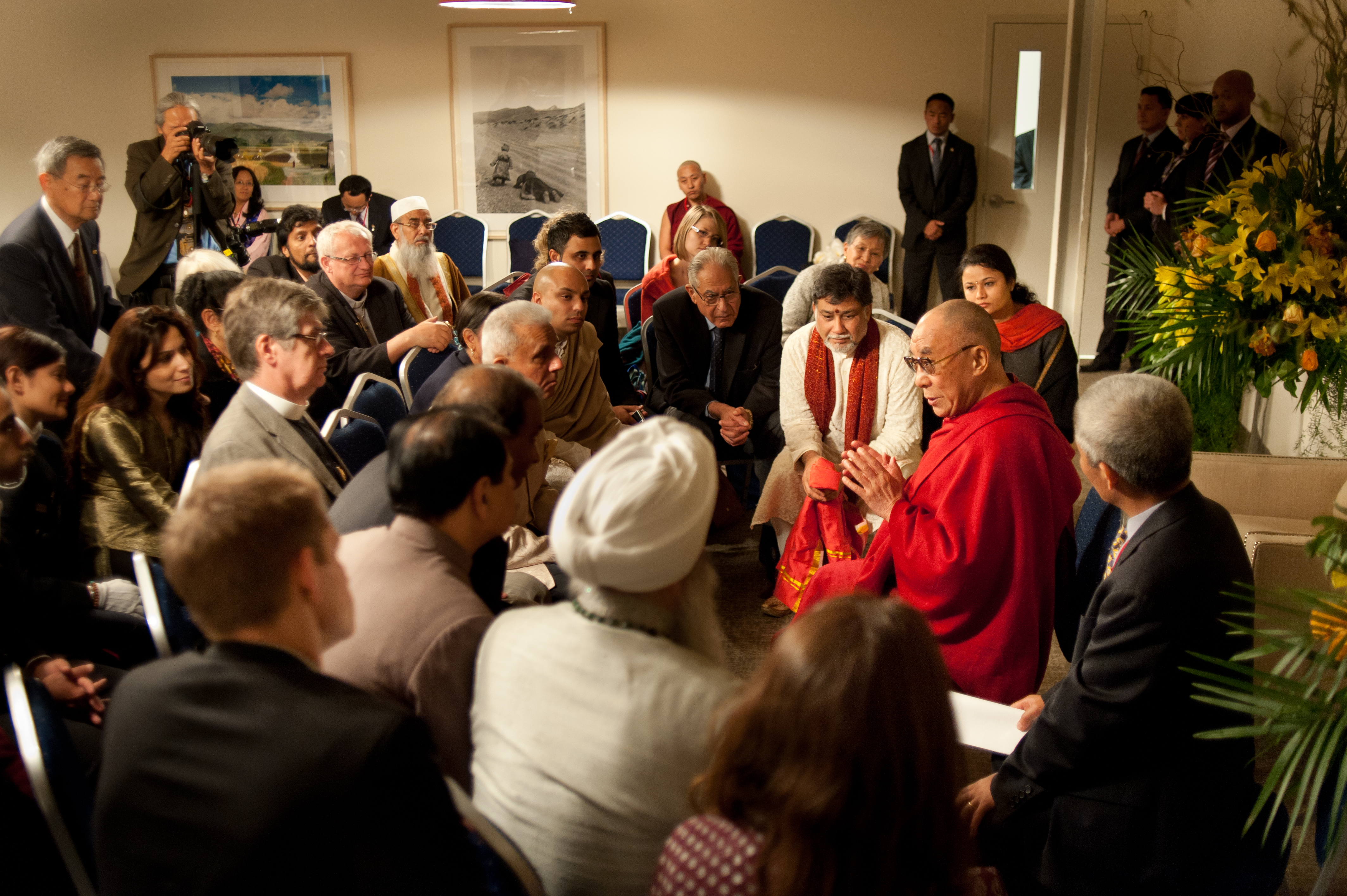 The world renowned His Holiness, The Fourteen Dalai Lama, visited Toronto in October and spoke to a large audience at Rogers Centre and at the inauguration of the Tibetan Cultural Centre in Etobicoke,

Members of the Toronto Area Interfaith Council were invited to attend the inauguration.

Also in attendance were Members of Parliament reminding the world of Canada’s commitment towards the exiled Tibetans living in India and elsewhere.

We met with His Holiness, the Dalai Lama, in the special session organized for the Faith leadership in Toronto.

The Dalai Lama emphasized the importance of learning about each other’s faith and working together for world peace and saving the environment.

He has had good relation with Muslims and many Muslim leaders were in attendance including Imam Dr. Hamid Slimi, Dr. Timothy Gianotti of the Noor Cultural Centre, Qari Naeem and Habeeb Alli of the Canadian Council of Imams.

The Dalai Lama’s message was touching and compassionate and when he asked us whether we were Sunni or Shia, we simply smiled and responded  Muslim! He and those around smiled too!