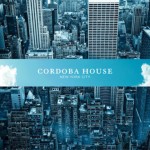 On 6 June some organisations, such as Stop Islamization of America, Jihad Watch and the Tea Party movement, have planned a demonstration in New York to protest the building of a cultural and community centre called the Cordoba House, two blocks from the World Trade Center site. The founder of the centre, Imam Feisal Abdul Rauf, has said that one purpose of the Cordoba House is to “bridge and heal the divide between Muslims and other Americans.”

The resistance to building the Cordoba House demonstrates the need for such a centre, which can educate and inform Americans about Islam and show that Muslims are partners in building a prosperous and peaceful America. The protesting groups, however, are concerned that the centre is disrespectful to the lives lost on 9/11 and will fuel terrorism, a claim that not only incites tensions between the local Muslim and non-Muslim community, but distorts the image of Muslim Americans.

Today, Muslims are struggling to communicate that Islam is indeed a peaceful religion and that people of all faiths can build a better world together. Two leaders from the Muslim American community, Rauf and Daisy Khan, have tried to do just that through years of dedicated service – since 1983. They conceived of the Cordoba House project as a vehicle for Muslim American advancement and a home where all Americans – regardless of their beliefs – can engage in dialogue and discover similar values and aspirations.

Once open, the centre will create over 150 full-time and 500 part-time jobs, and be housed in a building which was vacant and shuttered for nine years before the pair purchased it. The space, Rauf and Khan hope, will not be specifically for Muslims but will serve as an exciting and educational community space for all New Yorkers, similar to New York’s 92nd Street Y, which was founded by a Jewish community organisation, but serves people of all backgrounds.

Building this cultural and community centre is symbolic in many ways, and demonstrates that New York – and by extension the United States – is a place that respects Islam and acknowledges the presence of Muslim Americans, including those who died in 9/11 and those serving in the US military in Iraq and Afghanistan.

The House has the support of many of New York’s most prominent Christian and Jewish clergy, including the Reverend Canon Anne Mallonee of Trinity Church in lower Manhattan; elected officials such as Manhattan Borough President Scott Stringer and Congressman Jerry Nadler; local foundations including the New York Community Trust, which is the largest private funder of non-profit organisations in New York City; and a range of Muslim leaders.

Rauf, who has a tremendous record in scholarship and is the imam of a New York City mosque, is being portrayed as a radical in disguise whose goal is to bring Islamic law to America. Writing in the daily internet publication American Thinker, New York City resident and writer Madeline Brooks stated: “Could it be that one of the frequently used tools of war, lying to the enemy, explains the contradiction between Rauf’s image as reconciler of religions and his sympathies and associations with terrorists?”

Brooks’ perception is blatantly biased, manufactured by the idea that all Muslims have alliances with terrorism. This is a deep and serious issue for mainstream Muslims, who see this as out-and-out racism when they are trying to change the negative image of Islam.

While Rauf stated the Cordoba House serves to “bridge” all Americans – Muslim and non-Muslim alike, this is also the sort of project that Americans have been yearning for when they ask: “Where are the ‘moderate’ Muslims?” Well, here they are. Let’s not let the fears of a handful of people become the resistance to an entire community.

* Mehnaz M. Afridi, Ph.D. (www.mehnazafridi.com) teaches Judaism, Islam and Genocide Studies. She is a human rights activist for women of all faiths, promoting co-existence and peace between Jews, Christians and Muslims. This article was written for the Common Ground News Service (CGNews) www.commongroundnews.org