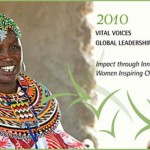 On 10 March, three Muslim women will be honoured alongside philanthropist Melinda French Gates and human rights activists Panmelo Castro from Brazil and Rebecca Lolosoli from Kenya, by Vital Voices Global Partnership, a Washington, DC-based organisation that works to empower women around the world.

The need to recognise the work of Muslim women is important. Type the search terms “Muslim women” or “women in Islam” online and chances are that a majority of English-language hits will consist of stories relating to what Muslim women wear on their heads or how women in Muslim-majority countries are subjected to physical abuse, or subjugated under the false pretext of religious principle.

But there is another side to Muslim women that is too infrequently recognised, reported or discussed. The Vital Voices Global Partnership awards ceremony, taking place two days after International Women’s Day, provides an opportunity to celebrate this not uncommon, yet too frequently overshadowed, side to Muslim women.

Andeisha Farid grew up in a refugee camp outside Afghanistan. As a teenager, she lived in a Pakistani hostel for six years, where she studied and tutored others. In 2008, at the age of 25, she started her own non-profit organisation, the Afghan Child Education and Care Organization (AFCECO), in Kabul. Today, AFCECO runs ten orphanages in Afghanistan and Pakistan for over 450 children of diverse ethnic backgrounds.

In a country where non-governmental organisations that work with women and girls are frequently targeted by religious extremists, Andeisha is constantly on guard. But she remains committed to providing Afghan children not only with food and shelter, but with a sense of mutual respect, regardless of ethnic differences, a feeling of khak – connection to the earth as their homeland – and a sense of empowerment to shape their own future, and that of their country.

“The happy faces of these children give me hope,” she says. “It helps me conquer fear.” 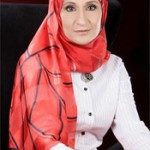 Afnan Al Zayani is a wife, mother, social activist, television personality and CEO of a multi-million dollar business. It’s no wonder that Forbes and Arabian Business magazine call her one of the most powerful women in the Middle East. In addition, she helped ensure the first written personal status law that protects the rights of Muslim women in cases of divorce and child custody was passed in Bahrain.

She attributes her ability to juggle so many responsibilities to her strong faith. “God will judge us on whether we use our gifts of life and health towards good or evil,” she says. Immaculately dressed in her hijab, or headscarf, she shatters the Western stereotype of the downtrodden Muslim woman. Her guiding philosophy: “Live your life as if you will live forever; live your day as if you will die tomorrow.”

Then there is Roshaneh Zafar. While studying development economics at Yale University in the United States, she came across the story of Khairoon, a woman in Bangladesh who owned only one sari. Khairoon borrowed $100 from the microfinance organisation Grameen Bank to invest in a business, and now owns a sweetshop, a poultry farm, a call centre – and a collection of colourful saris.

Roshaneh’s message encapsulates the sentiment of many: “Women matter to the world. We need not accept the status quo. Freeing the world of poverty and disenfranchisement of women is possible. But it will only happen when 50 per cent of the world’s population is allowed to recognise its latent strength.”

It is these stories that must be reported, not only to herald the achievements of remarkable women, but to dispel falsely created perceptions of the role of Islam in defining the fate of Muslim women.

* Salma Hasan Ali is a Washington, DC-based writer focusing on promoting understanding between the West and the Muslim world. This article first appeared in Washington Post/Newsweek’s On Faith and was written for the Common Ground News Service (CGNews) www.commongroundnews.org