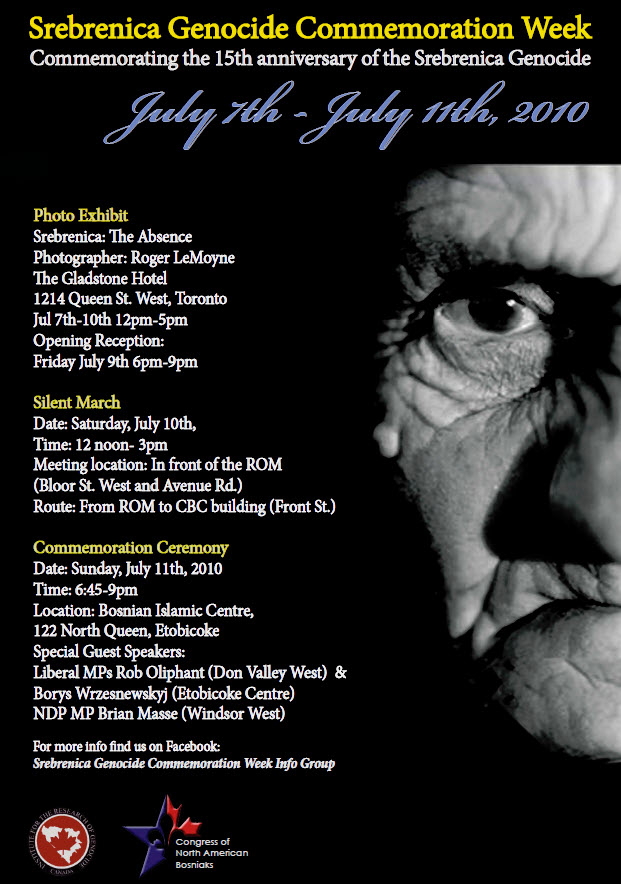 (July 7, 2010) – On July 7, in partnership with the Congress of North American Bosniaks and the Institute for the Research of Genocide-Canada, the Bosniak community in Toronto will begin this year’s Srebrenica Genocide Commemoration ceremony with a photo exhibit from award-winning photojournalist Roger Lemoyne at the Gladstone Hotel.

Lemoyne’s gripping photo series, which began in 1995, conveys the sense of loss, an unwavering need for justice and the importance of preserving history.

The exhibit, titled Srebrenica: The Absence, is open from noon to 5 p.m. and runs until July 10.

On Saturday, July 10, hundreds of people will take a stand for human rights by taking part in a silent march downtown Toronto, starting at the Royal Ontario Museum at noon.

Participants will display the message “Never forget,” asserting the need to adequately commemorate the loss of lives in Srebrenica.