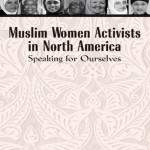 In the eyes of many Westerners, Muslim women are hidden behind a veil of negative stereotypes that portray them as either oppressed, subservient wives and daughters or, more recently, as potential terrorists.

Yet many Muslim women defy these stereotypes by taking active roles in their families and communities and working to create a more just society.

This book, Muslim Women Activists in North America: Speaking for Ourselves (Edited by Katherine Bullock) introduces eighteen Muslim women activists from the United States and Canada who have worked in fields from social services, to marital counseling, to political advocacy in order to further social justice within the Muslim community and in the greater North American society.

Each of the activists has written an autobiographical narrative in which she discusses such issues as her personal motivation for doing activism work, her views on the relationship between Islam and women’s activism, and the challenges she has faced and overcome, such as patriarchal cultural barriers within the Muslim community or racism and discrimination within the larger society.

The women activists are a heterogeneous group, including North American converts to Islam, Muslim immigrants to the United States and Canada, and the daughters of immigrants.

Young women at the beginning of their activist lives as well as older women who have achieved regional or national prominence are included.

Katherine Bullock’s introduction highlights the contributions to society that Muslim women have made since the time of the Prophet Muhammad and sounds a call for contemporary Muslim women to become equal partners in creating and maintaining a just society within and beyond the Muslim community.

*Muslim Women Activists in North America: Speaking for Ourselves (Edited by Katherine Bullock)