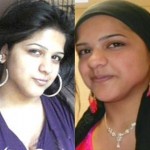 Aqsa Parvez is a “Canadian” tragedy — not an immigrant tragedy, or a Pakistani tragedy, or indeed a Muslim tragedy.

In her formative years, Aqsa was raised in Canada; oppressed by her pathologically patriarchal father in Canada; failed by the family, the friends of the family, the education system, the student counseling services, the social service sector — in Canada.

To make her tragedy a case of “these immigrant types with their medieval cultures” is to insult her memory and even worse learn nothing from it so that we can prevent it from happening again in the future — in Canada.

Like Aqsa and her father I was born and raised in Pakistan.

Like Aqsa I grew up in a devout Muslim household.

Unlike Aqsa’s father I came here as an immigrant while he came as a refugee.

Like Aqsa and her father I was also raised with the notion of “honour.”

My father and mother made decisions in the family by mutual dialogue and consent. As the only female child in the family and the youngest, my parents spent more money on my education than that of my brothers.

And yes I had an arranged marriage — I arranged it myself, thank you. In fact, what was considered dishonourable in my family was to use physical force against women and children (my father used to say to my brothers “never raise your hand”), for adults to lie or cheat, to hurt someone and than justify it, and a particularly heinous act was to take a life — since, according to my dad, only God had that power.

In fact, everyone I know in Pakistan or in Canada who is of Pakistani origin have similar values and family trajectories.

Of course, my reality is very much conditioned by my family class background, my urban location, my family’s personal history, my parents’ education levels, and the socio-political context in which we grew up.

So the question arises: who is the norm here and who is the exception?

Who gets to define “the” Pakistani culture?

Neither Aqsa’s father nor I represent “the” Pakistani culture.

We both experience it differently given our different locations of class, place, gender, education, family history etc.

Mohammad Parvez may have suffered the same so-called culture shock in Lahore or Karachi as he is supposed to do in Toronto and Canada.

Both Aqsa’s father and I immigrated to Canada but even our personal histories here are almost polar opposites — just like they were in Pakistan.

Once again this is conditioned by our class, place, education, gender but this time it is further compounded by level of accessibility to the mainstream society in terms of language, economic opportunity, social inclusion and ultimately level of perceived cultural threat.

While I am lauded and praised by the mainstream society in Canada because I am “familiar” (probably the inevitable intimacy of bourgeois affinity), Mohammed Parvez was left in his own alienated world as the undesirable “other” facing what must have appeared to him to be a hostile world.

Often enough Canadian experience is not just one of sampling diversity of cultural values but rather of hostile mainstream values actively undermining your perceived values as a cultural inferior.

In my case, I can deal with this cultural assault because I have a voice in the public sphere and also I feel in control of my life because I have access to adequate financial, social, political and familial capital, while his control only went so far as his immediate family — and he exercised it to its grave end.

However, to consider him to be more “cultural” than me, simply because he seems to exemplify what appears to be a “gaping divide” between the so-called traditional values and Western values, is patently absurd.

We were divided about our notions of culture long before we came here because there is no neat little box that contains Pakistani monolithic cultural values that either of us can claim to be “authentic.”

However, if we meet here, he will find me to be Canadian and himself to be a Pakistani — a distinction encouraged by the mainstream notions of “our” and “their” values.

But actually we are both the same — Canadian and Pakistani at the same time. This process of ‘othering’, denial and identity distinctions have more to do with Canada and immigrant experience here than with what might be or not be Pakistani culture.

Over the years our experience of culture has changed, as has the Canadian society.

So to turn this into either a case of “in our culture girls must obey their fathers” as an assertion of a simplistic fact by the Pakistani Canadian community or “he can’t handle our freedoms” as portrayed by the mainstream media is the worst form of myopia and chauvinism.

These factors are critically important to understand because neither Aqsa’s father nor I represent either Pakistani or indeed immigrant “culture” but rather are a reflection of how our individual histories and personal interactions with the Canadian society shape our actions and responses — including our understanding of “culture.”

However, ultimately Aqsa’s tragedy is about her father as an individual with his own pathological and uncontrolled desire for power and his own twisted notions of justifying his pathology through trumped up notions of “honour” and “shame.”

To my mind the real dishonour and shame is to treat women and children as your personal property and not as equal members of society.

The real dishonour and shame is to live in patriarchal societies where men exercise disproportionate power over women both personally and structurally — be it Pakistan or Canada.

The real dishonour and shame is to brush off our collective responsibility and our institutional failures and treat a Canadian child’s tragedy as “their” problem or even worse our problem for allowing them to come here in the first place.

Source: This article was originally published on www.rabble.ca and reprinted with their permission:  http://rabble.ca/blogs/bloggers/uzma-shakir/2010/06/aqsa-parvez-canadian-tragedy-lost-culture-talk