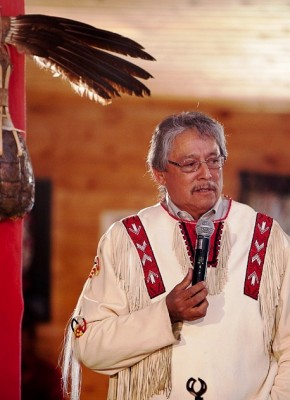 (Toronto, ON) – On August 8, 2010 a hand of friendship was extended by an Aboriginal leader to Canadian Muslims.

Elder Dave Courchene Jr., of the Anishnabe Nation, Eagle Clan, in Sagkeeng, Manitoba met with a group of Muslims in Toronto and presented a proposal to develop a relationship of brotherhood and sisterhood between the Aboriginal peoples and Muslims.

Courchene’s proposal titled, “Agreement Of Kii Zhay Otti Zi Win And Ukhuwa – An Agreement of The Spirit of Friendship, Kindness, Brotherhood/Sisterhood, Sharing And Gentleness”, states that it ‘will act as a gateway to furthering a relationship of knowing each other, and supporting each other in the sharing of each other’s unique contributions to Canadian society, for the common good of all.’

Elder Dave Courchene is the visionary behind the Turtle Lodge which is located in Sagkeeng, Manitoba.

The Turtle Lodge is an Indigenous centre which hosts a range of spiritual, educational and social events for Indigenous and non-Indigenous peoples. It seeks to establish relationships with communities across North America and the world.

“This is a gateway to our new future,” said Dawood Zwink, one of the Muslim leaders at the meeting.

“This new relationship will be open to all, to grow with the contributions of many others, and may take a different dimension than what we envision now,” he added.

Over 20 Muslims were present at the Islamic Institute of Toronto to receive Turtle Lodge’s proposal.

Dave Courchene referred to his proposal as a spiritual agreement.

“What matters is living and performing it throughout our lives for, we were not created to be denied the knowledge of other peoples – we need to share other’s feelings,” he said.

In response to the proposal presented by Courchene, a Statement of Understanding was tabled at the meeting which reflected the intention of Muslims to enter a relationship with Turtle Lodge.

The seeds of friendship with Turtle Lodge were planted in the summer of 2009 when Elder Courchene first met with Muslim leaders and elders at the Islamic Institute of Toronto, and he also spoke to students at the Islamic Foundation of Toronto.

In May of 2010, the Turtle Lodge reciprocated by extending an invitation to Muslim leaders to attend the First International Roundtable Supporting Ancient Indigenous Knowledge at Turtle Lodge in Saqkeeng, Manitoba.

Asma Ali, a community activist, and Dr. Zijad Delic, Executive Director of the Canadian Islamic Congress, represented Muslims at the International Roundtable which was attended by Aboriginal leaders from across the world, and was chaired by Elder Dave Courchene Jr. and U.S. Congressman Dennis Kucinich. Elders and non-Indigenous participants spoke of the role of Indigenous peoples in shaping the future of North America.

Following the International Roundtable, the Muslim Presence Group in Toronto launched the First Nations Forum to educate Muslims of Aboriginal history, culture and spiritual practices and to develop a relationship with Elders in the Aboriginal communities.

The historic August 8 meeting at which the documents were exchanged was the result of the year-long contact between Muslim activists and Turtle Lodge.

Dave Courchene thinks that there is a lack of spiritual leadership in the country and developing a relationship with Muslims, who he regards as a ‘people of the heart’, could be a model for co-existence.

“We all have to go back to the centre, to our hearts that hold the Spirit of the Truth,” he told attendees at the meeting.

“This Agreement of Kii zhay otti zi win and Ukhuwa could become a model and example of two peoples co-existing in a reciprocal relationship of the sharing of perspectives and resources of the land, for the common good of all, each respecting the other’s uniqueness and contributions. It will become an example of honouring word,” Courchene’s proposal states.

The Muslims responded in their Statement of Understanding by resolving “to work together to establish a gateway to this future of mutual benefits and shared responsibilities in future gatherings, that is open to all, that will grow with time and with the contributions of many persons over many years, in many places.”

The meeting concluded on a high note with the participants expressing the intention to nurture the seeds of the relationship and expand the circle of those who can share the vision of friendship and mutual relations between two very ancient spiritual communities. 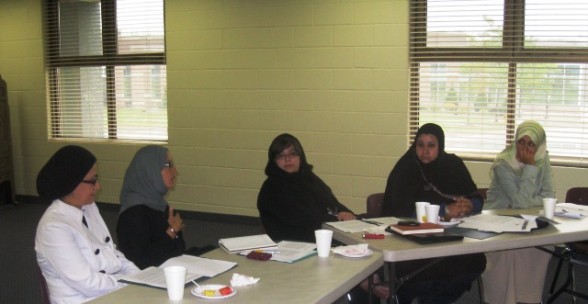 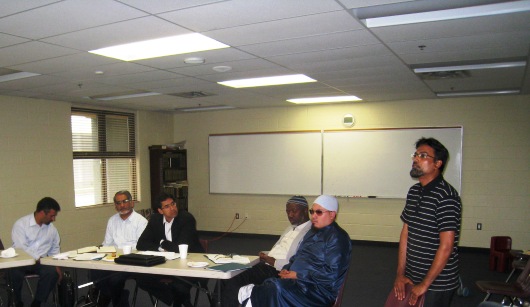 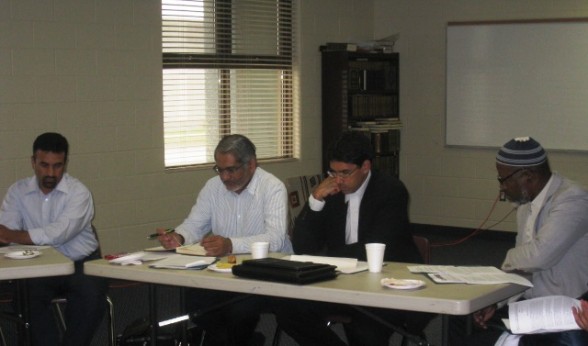 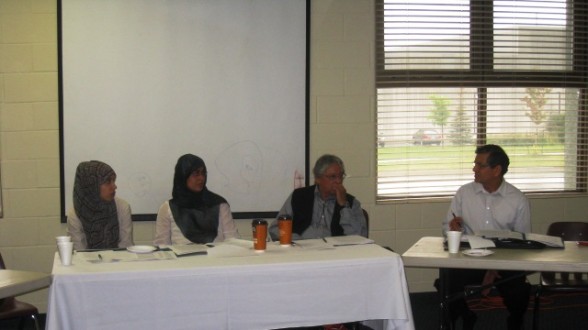