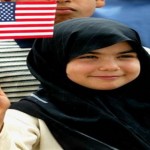 (February 17, 2010) – A recent report by researchers at Duke University and the University of North Carolina at Chapel Hill (UNC) states that the number of Muslim Americans vulnerable to radicalisation is small, but not negligible. Since 9/11, a total of 139 Muslim Americans have been arrested on terrorism charges, some have been convicted and some are still pending verdict. It is a small number relative to the nearly seven million Muslims who call America home, but the number is still distressing: one terrorist is one too many.

While raising concerns about the radicalisation of Muslim youth, the Duke-UNC report also commends the Muslim American community for the steps it has taken thus far to limit radicalisation, including the denunciation of terrorism. But more can to be done.

Engagement in the political process-ranging from voting to running for public office-is one useful step towards stunting domestic radicalisation. Getting involved politically, according to the report, provides “an example to Muslims around the world that grievances can be resolved through peaceful democratic means.”

I also believe that instead of presenting issues as Muslim-centric, the community would be better served by making their cause issue-centric. For example, instead of complaining about discrimination, Muslims need to advocate for greater diversity in the workplace so that political and corporate establishments are reflective of the communities they serve. This will allow a broader coalition across faith and ethnic lines to coalesce, increasing the chances of success and removing cynicism that often permeates the community.

Second, the Muslim American community has made, and should continue to make, efforts to improve relations with law enforcement. Such efforts, like conducting regular meetings with the law enforcement community, need to be sustained and enhanced by motivating young Muslims to join its ranks. The Muslim American community has legitimate concerns about its use of informants and agent provocateurs. However, these concerns do not trump the need for better engagement.

Third, the Duke-UNC report asserts, “Muslim-Americans with a strong, traditional religious training are far less likely to radicalize than those without such training.” Religious discourse taking place in American Islamic centres is often too esoteric for youth.

Instead, it should tackle issues that are contemporary to living in America, such as how to expand freedom of expression in the face of rhetorical attacks against Islam. This will allow young people to appreciate that the solutions to Islamophobia do not involve clamping down on freedoms by passing meaningless anti-blasphemy laws, but rather championing one’s right to offend while upholding another’s right to defend.

“Building Bridges to Strengthen America”, a publication released by the Muslim Public Affairs Council, a public service agency working for the civil rights of Muslim Americans, suggests that the first step towards radicalisation is socio-economic-political discontent which may precipitate a personal crisis. This identity crisis often leads people to seek answers-and causes some people to find comfort in religion. If the seeker consciously or inadvertently engages with members of any extremist movement, then the chances of radicalisation increase.

Successful recruitment occurs because individuals are ignorant of or lack access to accurate religious knowledge. Sustaining this state of mind requires isolating the individual from mainstream Muslim society.

Telltale signs emerge well before someone commits an act of violence; radicalisation does not spring out of vacuum. Parents and members of a community can be on the lookout, if they know what to look for.

A study by the Dutch Clingendael Centre for Strategic Studies argues that social integration is an antidote to this kind of troubling behaviour. They outline the indicators of propensity towards integration versus radicalisation: a person’s attitude towards feeling accepted or welcomed in a society; their satisfaction in being able exercise their rights of citizenship; their perception of fairness in professional life; their expression of allegiance toward their country; their pride in citizenship; or their attitude toward freedom and human rights.

Some of these factors, such as engendering positive attitudes towards social values like human rights, are well within the purview of communities and families to mitigate. Others, such as ensuring that Muslim Americans receive fair and just treatment in places of employment, are responsibilities that need to be shared by the broader society.

Inculcating a pride in citizenship and the responsibility of stewardship within Muslim youth is a message that needs to be reinforced-from the mosque pulpit to the kitchen table.

* Parvez Ahmed, Ph.D. (drparvezahmed.blogspot.com), is a US Fulbright Scholar, Associate Professor of Finance at the University of North Florida and a frequent commentator on Islam and the Muslim American experience. This article was written for the Common Ground News Service (CGNews) www.commongroundnews.org