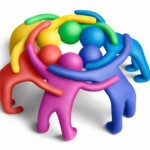 (March 20, 2010) – When a big challenge faces a community, ideally its wisest leaders come together collectively to deal with it; this is the only sure road to success.

We need not dig too deeply to uncover “Danish cartoon crisis” hit the world.

Montreal’s Muslim leaders came together and acted very quickly in the best interests of our entire society by motivating 63 organizations and mosques to sign a declaration and host a nationwide press conference.

In this way, they pre-empted the usual attacks of Islamophobia promoters and presented an informed and positive profile to the public.

As in Montreal, the Muslim community conducted itself collectively on the same high level, acting with clarity and in full unity.

But such unified collective responses are the exception, rather than the rule. Why should that be so?

I believe we lack a consistent collective unity due to the emergence of competitive leadership which focuses on raising the profile of specific organizations, rather than strengthening those organizations to work in harmony together.

The outcome has been an increase in fragmentation and individualism that have largely contributed to silencing the voice of the community as a whole.

This unfortunately has been a historical problem among Canadian Muslims and everyone ultimately pays the price in years of stalled progress.

In order to recover from social ills and internal disunity, we must first recognize and remedy our mistakes before progress can begin; otherwise future generations will be doubly disadvantaged.

One path to be avoided is the common political tool of “damage control” which seems to offer a solution but in reality pushes the community further into a negative reactive mode that can actually impede progress.

Before we search for simple solutions to a complex problem, however, we must take stock and carefully analyze our issues and the context in which we find ourselves today.

Before the Bouchard-Taylor Committee was formed to reach some consensus about reasonable accommodation in our multicultural society, Islamophobes routinely attacked Muslims because it offered them a cheap tool for political gain.

But the Committee’s wise outcome was positive proof that intercultural bridge-building pays. Most of the non-Muslim organizations involved submitted opinions in favor of “Reasonable Accommodation.”

This success was only achieved through long and hard work shared by wise leaders representing both Muslim and Non-Muslim Quebecers.

They understood the reality of contemporary society and focused on educating fellow citizens to ensure that everyone could live together responsibly; thus the outcome was ‘Yes’ for the new Quebec, and Yes for people with different attire, different complexions, and different backgrounds.

While the outcome was clear in many ways – such as the Hijab and Turban being welcome in the workplace – there seemed to be a tacit agreement to ignore the less-common Muslim woman’s face veil, or Niqab.

This was not intended as a discriminatory move against Niqab-wearing women, but a practical recognition of the social dilemma posed by the Niqab itself.

Women who wear it account for a very small minority in society; and as they are most often from a very traditional and conservative background, they almost never work out of the home or in direct contact with the public.

Another very important issue in minimizing attention to the Niqab was to remove an easy target for Islamophobes and prevent misleading comparisons with the Hijab – the very commonly worn Muslim woman’s headscarf that leaves the entire face open.

Regarding the Hijab, we witnessed some powerful and assertive Canadian women, Muslim and non-Muslim, proving together that Islam does not restrict women’s rights and freedoms by “forcing” them to cover themselves unwillingly.

Together, they prevailed over every manufactured crisis and criticism that came their way.

Fast-forward to 2010, when we hear news reports of a Niqabi immigrant woman being expelled from a school where she was learning French – the language of her freely chosen new homeland. Where were our wise community leaders in this case?

Some Quebecers, both Muslim and non-Muslim, distorted the incident by interpreting it as an attack against Muslims.

By blowing events like this out of proportion we only leave ourselves open to more unnecessary provocation.

Rather, community leaders should think in terms of building up Canadian society, not causing more fragmentation.

The focus should be on striking a just and positive balance between collective and individual well-being and not declaring success in terms of “winners” or “losers.”

We should think outside the box of social tradition and ingrained biases and fears, for therein lie the real challenges of society.

Our mandate should be to work for the wellbeing of Quebec, our Quebec and that of our future generations.