(August 2, 2010) – The American play, ‘Domestic Crusaders’, stole the show at the 7th Annual MuslimFest held this past weekend at Mississauga’s Living Arts Centre.

The two-act play made its Canadian debut at the festival.

The ‘Domestic Crusaders’ focuses on a day in the life of a modern Muslim Pakistani-American family who return to the family house to celebrate the twenty-first birthday of the youngest child.

With a background of 9-11 and the scapegoating of Muslim Americans, the tensions and sparks fly among the family members who cross three generations, culminating in an intense family battle as each “crusader” struggles to assert and impose their respective voices and opinions.

The play was written by Wajahat Ali, Pakistani-American lawyer who grew up in California.

Ali’s play is a compelling drama.

He started writing it in the weeks after the terrorist attacks as a paper for a college class taught by the poet and playwright Ishmael Reed.

Reed told Ali that if he wanted to pass the class he had to write a 20-page play.

It took Ali more than two years to finish ‘The Domestic Crusaders.’

The play has gone on to successful runs across the U.S and rave reviews.

“’Domestic Crusaders’” should be ranked with family dramas written by Tennessee Williams and Eugene O’Neil. [Ali] has a magnificent ear for dialogue,” says Ishmael Reed, a Pulitzer Prize nominated author. “He’s right up there with the best, in terms of family drama. … A major new voice.”

7th Annual MuslimFest event showcased some of the finest in Muslim Arts and Entertainment industry. 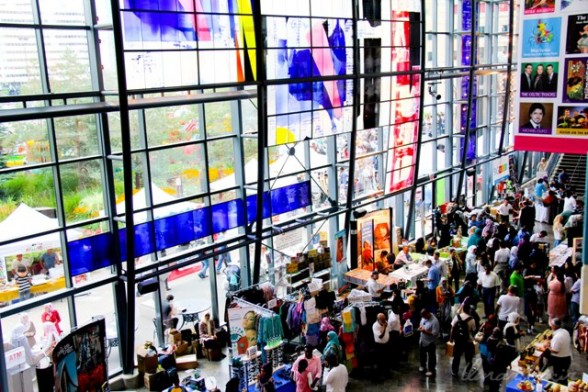 Over the weekend, it featured over 52 Canadian and international artists, a food bazaar, hands- on interactive workshops, theatrical performances, a Writers Expo, a Film Festival and games for children.