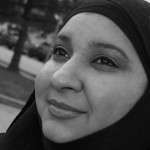 (August 14, 2009) – It is becoming more evident that the ‘good life’ in Canada for most new immigrants is simply a dream that may never come true.

Immigrants come to Canada hoping to get the best possible life for themselves and their families.

But is that really what happens when they get here?

This is certainly not the stories I have come across and seen over the years.

Imagine how a person feels after leaving his or her country of origin and a well paying job, and comes to the “promised land” that really doesn’t promise anything more than a menial job that barely pays the bills and with a whole lot of challenges to integrate into “Canadian society”.

Working with the United Way of Peel, I can see the challenges such agencies face when trying to reach out to newcomers.

But, what is the purpose of such funded settlement agencies when immigrants still have to deal with the challenge of not having ‘Canadian experience’ and unrecognized credentials?

I know work is being done by agencies, such as the Peel Newcomer Strategy Group, to map the immigrant services in Peel in hopes that they can better integrate new immigrants.

But, isn’t this just a bandage solution to larger systemic issue?

According to the Region of Peel’s website, “about 60% of newcomers do not work in the same occupational field as they did before coming to Canada. Lack of recognition of skilled immigrants’ international credentials is a barrier to working in their job-related field”.

“Newcomers earn about 40 per cent less than their Canadian born counterparts. Recent data suggests that it is taking longer for new immigrants to narrow this gap.”

So then why do we remain quiet?

We have all heard about the doctor who has practiced for 15 years in India, only to come here and drive a taxi because he has to make a choice between working and supporting the family or going back to school and living off OSAP so he can be tested for things he has done for years!

Another recent example I have come across is a mother and daughter who are working under the table 12 to 15 hours per day at a local restaurant for less than $5 per hour to compensate for their welfare cheque.

They can’t even afford to pay their rent, while they live in a shared basement with other male employees that are also working under the table.

Is this really what these people hoped to achieve when they came here?

Why is it that Canada, a nation that values multiculturalism and prides itself on building peace and advocating for human rights across the globe, can’t seem to acknowledge the issues that exist at home?

The sad reality is that this immigrant experience is now shifting and being handed over to the 2nd and 3rd generations who hoped that they would have a better life than their parents.

One may ask, why should immigrants even bother coming to Canada? Is there really a value for them to settle here?

Perhaps, but only if the issue of foreign credentials is dealt with.

And in times of economic uncertainty the bigger question becomes, “Is there value in bringing immigrants to Canada? Or are we hurting our own economy in the process, by failing to recognize immigrant credentials?”

According to the same Region of Peel report, “the Conference Board of Canada estimates that Canada loses between $4.1 and $5.9 billion annually due to the lack of recognition of newcomers’ qualifications.”

There needs to be a paradigm shift in the way we see new immigrants.

Often times when we see an immigrant, we assume many things – that he or she does not speak English, that they are uneducated or incapable of contributing to society.

But the reality is that new immigrants, if given the chance, can take the country to new heights!

Canada is diverse and multicultural country and our success lies in the vast differences that we hold and the multiplicity of perspectives, values and ideas we bring to the table.

We applaud people like Dr. Muhammed Yunus for coming up with simple but effective techniques to help poverty stricken people in Bangladesh with the Grameen Bank, but what are we doing to manage these issues at home?

If only we could acknowledge that, in some ways, we are the ones creating the poverty and, until and unless, we ourselves become vocal about the issue, then there is little that is going to change.

Not only will the immigrant population suffer as a result of this injustice, so too will Canada as a whole.

(Farheen Khan currently works as a Consultant to create a Community Engagement strategy for the United Way of Peel’s South Asian Advisory Council under their diversity initiative, Farheen is also the President of CAMP Toronto (Council for the advancement of Muslim Professionals). She is a graduate of the CITY Leaders program and sits on the Advisory Board for the CITY Leaders program at the United Way of Greater Toronto and the Maytree Foundation’s “Leader for Change” program).