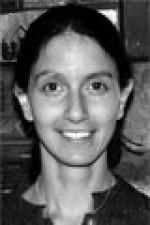 (October 31, 2009) – Ever since the tragic events of 9/11, the diverse voices claiming to speak with authority about Islam have become increasingly cacophonous. Few contemporary topics are more controversial than that of how to interpret Islamic practices and beliefs.

In the West as well as in the Muslim world, interpreting Islam has become a virtual cottage industry. The ranks of interpreters are incredibly diverse, including counter-terrorism experts, policymakers and journalists, as well as religious studies academics, political scientists, Muslim ulama (Islamic legal scholars), Muslim feminists in the West, and people speaking on behalf of various religious groups. Interest in how Islam is understood and practiced has expanded dramatically in recent years, and it’s not always clear whom to listen to amongst the din.

A survey of language used in prominent North American and European newspapers and magazines reveals an extensive list of labels categorising Muslims based on their postures toward Western culture and politics as well as towards one another. Journalists, editors, and academics alike are inquisitive about the extent to which conservative Muslims can be integrated within mainstream Western culture (e.g. “For Conservative Muslims, Goal of Isolation a Challenge” or “Progressive Muslims Challenge Tradition”), and the extent to which they can be dissuaded from adopting radical stances vis-à-vis current political issues (e.g. “The Quest for a Moderate Islam,” “Muslim Refusenik Incites Furor with Critique of Faith” or “Islamic Extremists: How Do They Conjure Up Support”).

Among non-Muslims as well as among Muslims, it seems that everyone has become a stakeholder in the future of Islam, with everyone attempting to label groups with different perspectives: conservative Muslims compete with progressive Muslims for airtime, traditionalist Muslims denounce self-hating Muslims and Islamophobes alike. Meanwhile, moderate Muslims challenge militant Muslims, putative Muslim refuseniks denounce Muslim extremists, and would-be reformists repudiate apologists who refuse to embrace the need for change.

Everyone, it seems, has a party line about who the good Muslims and bad Muslims are. Sadly, many of the dichotomies distort as much as they reveal, and use simple labels based on superficial preconceptions and over-simplifications.

At a time of heightened insecurities and acute perceptions of threat, everyone has arrived at the conclusion that their identity and values are under attack, hence the tendency to represent the stakes as absolute: for example as a struggle to save the “real” Islam, defined in either staunchly traditional or authoritatively progressive terms.

Here in North America, there is a perception that many Muslims who feel abused by the West often fall short of their own proclaimed values, including justice. And it is true: some Muslim activists who thrive on denunciation of Western wrongs are culpable in the silencing of other Muslim voices and inclined towards genuinely immoderate views and behaviours. But one can see a similar dynamic among those Westerners who allow themselves to become entrapped by fear of the Muslim “other”.

What happened to the idea that dissent can be patriotic, or that a plurality of views can be a blessing? We seem to be losing the capacity for a commonsensical moral honesty that places principles above fear, opportunism and cultural or party politics.

While these sorts of contradictions weigh upon us heavily in a time of increased tensions, diagnosing the malady is the first step toward a cure. To avoid becoming extremists ourselves in the very process of arguing against the extremism of others, we need to develop better habits of listening and of dialogue.

Listening alone is not a path to harmony, as the substantive differences among the many parties who are in some way “concerned about Islam” are real and enduring. Yet cultivating an ability to listen has become more critical than ever, and remains the most vital means of building trust.

Only high-quality listening can enable us to hear unstated concerns and articulate the fears, anxieties and negative experiences that underpin much political and religious stridency. To overcome the West’s anxiety about Islam and reduce the volatility of debate among Muslims, we have no choice but to return to the basics of human psychology and communication, and to relearn the arts of civility: which starts not with labelling, but with listening and relating.

* Meena Sharify-Funk, Ph.D., is the assistant professor of Religion and Culture Department, Wilfrid Laurier University. This article was written for the Common Ground News Service (CGNews).