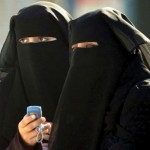 (October 25, 2009) – I can no longer keep silent about the issue of the niqab that has been the talk of the day for some time.

I feel that I must say something about the topic.

As a committed believing Muslim, I feel extremely uncomfortable to see a Muslim woman in niqab, especially in Canada.

In doing so, I feel that she is portraying my faith in a way that can be construed as oppressive and backward.

I feel the same when a woman goes to the other end of the spectrum in revealing almost every part of her body to the extent that everything is seen by the naked eye.

Both of these extreme forms of dress, in my view, constitute a personal expression that has gone too far and beyond the acceptable norms.

Women who choose to wear niqab or burka-style of clothing go far beyond the limits necessary and make the religion look ugly, scary and overwhelmingly difficult.

Those, on the other hand, who reveal everything in order to attract men’s attention, denigrate themselves to the lowest of the low and make their beauty as a merchandise to be sold.

The Prophet of Islam had warned Muslims to avoid excessiveness in religion.

Both the Qur’an and his teachings have strongly urged the believing men and women to be a balanced people.

Beware of excessiveness in religion, the Prophet warned.

He used to say, “Do not overburden yourselves, lest you perish. People [before you] overburdened themselves and perished.

It is stated in the Qur’an, “Thus we have made of you a nation justly balanced, that you might be witnesses over the nations and the Messenger a witness over you. (2:143)

As an airport employee, women who wear the niqab do indeed make my life and the lives of other people whom they come in contact with quite challenging.

I and my colleagues face a tremendous hardship between respecting their rights and upholding the security and safety standards.

Sometimes a discrepancy occurs where the safety of passengers onboard the aircraft is compromised when the staff do not check the ID against the hidden face properly out of fear of violating the person’s beliefs.

It is a major relief to hear that a prominent scholar like Dr. Tantawi of Egypt making it crystal clear that the practice is rather a cultural custom and not religious requirement.

However, although I disagree with the practice of women wearing the niqab or burka, I would not infringe on a woman’s right to wear such garments as a progressive organization in Canada has recently tried to do.

The Muslim Canadian Congress has called on the government to prohibit the niqab and burka – practices the group said has no place in a society that supports gender equality, as reported by Michelle Mcquigge from the Canadian Press, October 7, 2009.

“To cover your face is to conceal your identity,” congress spokeswoman Farzana Hassan said in a telephone interview, describing the issue as a matter of public safety, since concealing one’s identity is a common practice for criminals.”

Prohibiting the niqab or burka would constitute a direct violation to the person’s rights.

It would be another form of the extreme that needs to be rejected especially in a society where freedom of religion is guaranteed in the Charter of Rights.

Ultra-orthodox Muslim women who wear the Niqab or burka constitute a tiny minority in the mainstream faithful Muslim community.

I prefer the balanced approach, not only in this issue, but in everything else in life.

The Prophet of Islam was reported to have said that whenever he was given a choice between two things, he used to choose the easier one as long as it does not contradict the teachings of Islam.

It is a relief to learn that many prominent Muslim scholars have made it clear that the practice of wearing the niqab or burka is not obligatory.