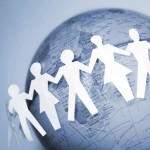 These questions were posed to young Muslims as part of a challenge to get more engaged and aware of the needs that exist within their local community.

Mercy Mission Canada, a non-profit group, launched its Charity Challenge 2009 during Ramadan and gave $1,000 each to four teams of young Muslims with the challenge – Could you use it to make an impact in your community?

Each team will use the money as start-up capital to raise donations for a charitable cause of their choice.

“The idea was to formulate a challenge to get the Muslim community more engaged and aware of the needs that exist within the local community,” said Hassan Newaz of Mercy Mission Canada.

According to Mercy Mission’s website, “Almost 30% of Muslims in the Greater Toronto Area live on or below the line of poverty. A lack of awareness of this reality, coupled with the fear of social stigma, cause many needy Muslims to suffer in silence. In order to raise the profile of these local causes, we want you to reach out to provide a helping hand.”

After receiving proposals from teams of young people, four were chosen for the contest which concludes on October 23.

Mercy Mission Canada has provided each team with a blog site to post updates and youtube videos ‘so that the entire Greater Toronto Area can watch their progress and cheer for favorites!’ 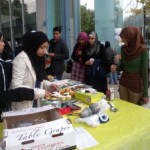 An independent panel of judges will evaluate the teams’ performances and, on December 4th, 2009, the winner will be announced at a Charity Challenge dinner.

Donations collected during the contest will be handed over to the charitable causes at the event.

According to Hassan Newaz, “the teams are free to continue with their projects after the contest. If they so wish, they can do so with the help of Mercy Mission Canada or through other groups.”