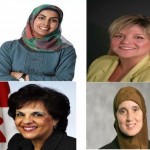 (Oct 31, 2009) – Hamilton has succeeded in attracting another major conference. The selection of the Hamilton Convention Centre as the site for the Inspired & Engaged Citizens: Canadian Muslim conference, is an endorsement of Hamilton to handle such a gathering.

On Nov. 14, hundreds of Canadians from across the country will attend the conference hosted by the North American Spiritual Revival (NASR).

It will be the first time the conference, sponsored by the Ontario Trillium Foundation, will be held in Hamilton. According to Kirstin Dane, a spokesperson for NASR, it was important that local organizations become partners in this endeavour. So she reached out to the Settlement and Intergration Services Organization, Hamilton’s Centre for Civic Inclusion, Hamilton Council of Canadian Arabs, the Muslim Association of Hamilton and the Muslim Association of Canada to sponsor the event. They all agreed. In fact, Hamiltonian Madina Wasuge, the executive director of HCCI, agreed to chair the conference committee.

According to Dane and Wasuge, the purpose of the conference is twofold. First, it invites newcomers from Muslim and other faith communities to learn more about the importance of civic engagement, interfaith relations and dialogue, the education system and youth identity. The conference will invite speakers to discuss the best ways to make positive change in Canada. One of the speakers is Hamilton’s own Andrea Horwath, leader of the Ontario NDP.

The other purpose of the conference is to invite service agencies to learn more about Muslim and other newcomer communities. We all recognize the face of Hamilton and Canada is changing. Service agencies dealing with diverse communities need refresher courses on the new communities and how to best serve them.

of the high profile speakers attending the conference is Dr. Monia Mazigh, a Canadian academic best known for her efforts to free her husband Maher Arar. Mazigh first entered the public spotlight when her husband was deported to Syria in 2002 by the U.S. government on suspicion of terrorist links. He was tortured and held without charge for over a year before being returned to Canada.

She appeared frequently in the media and was widely respected for her tireless efforts to press the government for his release. It is said that without her efforts to free her husband, he might still be languishing in a torture cell abroad.

Mazigh has a new book, Hope & Despair, in which she chronicles her story. She will have a book signing at the conference.

Another speaker is Zarqa Nawaz, the creator and executive producer of the CBC show Little Mosque on the Prairie. The series’ premiere drew an audience of 2.1 million — an exceptionally strong rating for domestic programming. It was, in fact, the largest audience the CBC had achieved in a decade for an entertainment program. Little Mosque is now in its fourth season and continues to be one of CBC television’s most watched programs.

The morning keynote session will be delivered by Senator Mobina Jaffer. Jaffer’s family (like my family), comes from Uganda in East Africa. All Asians were made refugees by Idi Amin. In 2001, she became the first Muslim and South Asian woman to be appointed to the Canadian Senate. In 2002, she was appointed the Special Envoy to the Peace Process in Sudan by the government. The same year, she was Chair of the Canadian Committee on Women, Peace and Security.

So congratulations Hamilton for securing such an important gathering. According to Dane, the organizers were confident Hamiltonians would support this project, and that’s why it was selected.

If you are interested in attending or learning more about the conference, check out engagedcanadians.ca or contact Madina Wasuge at 905-667-7502 or project manager Farheen Khan at 416-648-4850 or info@engagedcanadians.ca Tickets cost $35 which includes snacks, lunch and registration fees.

*Freelance columnist Hussein Hamdani lives in Burlington, and works as a lawyer in Hamilton.