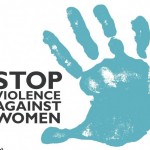 (December 28, 2009) – Listening to the radio one day, I was shocked to hear the Office of the UN High Commissioner for Human Rights (OHCHR) report on widespread occurrence of rape in Afghanistan. As a Muslim who knows that the core of her religion is about justice and mercy, I asked myself how the perpetrators of these acts could have strayed so far from the Muslim faith and from basic humane principles.

The idea that mercy, compassion and justice are the cornerstones of Islam and that that includes the way women are to be treated has been too often forgotten here. Sadly, specific verses have been misinterpreted as condoning control over women—or even violence.

The Qur’an spells out how men and women are meant to relate to each other, “The Believers, men and women, are helpers, supporters, friends, protectors, of one another” (Qur’an 9:71). Yet certain verses continue to be misused in support of unequal treatment of women, such as: “Your women are as a tilth [land] for you (to cultivate) so go to your tilth as when or how you will” (Qur’an 2: 223). This verse is misinterpreted by some as giving license to men over women’s bodies.

To understand what is actually at the core of this verse, I talked to Dr. Maher Hathout, Senior Advisor at the Muslim Public Affairs Council and a noted expert on Islam. “It’s a shame and a travesty that that verse is interpreted and used in ways that are opposite to what it means,” he told me. “The verse means that intimate relations with one’s spouse should be consensual and produce good things–whether it be in offspring or emotional closeness.”

Why then is there such disagreement about the meaning of this verse and others like it? Dr. Hathout explains: “social factors were taken into consideration when the texts were being translated. It’s about how one chooses to interpret an existing word that has multiple shades of meaning. In societies where it was acceptable to treat women poorly, the meanings that suited them were the ones they adopted, even when other meanings were possible. [However, today] we must seek different meanings and understand the text in a different way.”

When dealing with verses that have frequently been misinterpreted with regards to the treatment of women, “we must understand the Qur’an with the actions of the Prophet Muhammad as context. And we should remember that he never raised his hand to anyone, let alone his wives,” says Dr. Hathout.

Instances of violence against women in Muslim homes and in Muslim societies are borne from a lack of knowledge of the faith or an intentional disregard of the basic teachings of Islam–respect and compassion, justice and mercy. What we must do is look back at these core tenets and recognise that these principles apply as much to women as they do to men.

Every day, mainstream Muslims struggle against stereotypes and misperceptions of Islam, especially those perpetrated by the tiny minority of extremists who have twisted aspects of the faith for their own purposes–whether they are bombers who attack innocent civilians or family members who use violence against those in their own homes.

However, a sea change in mentality often begins with just one strong voice. If the voice is local, even better. The local women-led organisation Revolutionary Association of the Women of Afghanistan (RAWA) is just one of them. Its leaders risk their lives each day to help the women in Afghanistan speak out against domestic violence.

The more mainstream Muslim men and women speak out against violence against women and remind people that Islam and the Qur’an advocate justice and mercy, the sooner we can correct the misguided interpretations of our holy book.

The world is changing at a faster rate than ever before. The information age has ensured that hideous deeds will no longer remain hidden and gives those who speak out a wider platform from which to be heard. Uphill as this battle is, if there is a time for hope, it is now.

* Naazish YarKhan is a writer, editor, public speaker and NPR commentator. This article is part of a series on the myth that Islam is inherently violent written for the Common Ground News Service (CGNews) www.commongroundnews.org