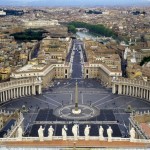 (September 15, 2009) – The Vatican says that Muslims and Christians share a common concern for the poor and can come together to overcome poverty.

In its message to Muslims for the end of Ramadan, the Pontifical Council for Interreligious Dialogue extended best wishes for peace and joy to Muslims and proposed the following theme for its message of reflection – Christians and Muslims: Together in overcoming poverty.

“The attention, the compassion and the help that we, brothers and sisters in humanity, can offer to those who are poor, helping them to establish their place in the fabric of society, is a living proof of the Love of the Almighty, because it is man as such whom He calls us to love and help, without distinction of affiliation,” the letter said.

The message said that the consequences of poverty on society are dire and require the attention of all people of faith.

“We all know that poverty has the power to humiliate and to engender intolerable sufferings; it is often a source of isolation, anger, even hatred and the desire for revenge. It can provoke hostile actions using any available means, even seeking to justify them on religious grounds, or seizing another man’s wealth, together with his peace and security, in the name of an alleged “divine justice”. This is why confronting the phenomena of extremism and violence necessarily implies tackling poverty through the promotion of integral human development that Pope Paul VI defined as the “new name for peace”

The letter acknowledged that Muslims and Christians “have passed from tolerance to a meeting together, beginning with common lived experience and real shared concerns. This is an important step forward.”

The message concluded with a call for a shared responsibility to tackle poverty.

“The poor question us, they challenge us, but above all they invite us to cooperate in a noble cause: overcoming poverty!”

Ramadan is expected to conclude on September 19 with the celebration of Eid-ul-Fitr scheduled to take place on September 20 in many parts of the world.