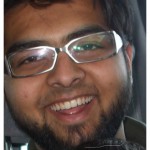 (August 25, 2009) – The Toronto Police Service is thanking the public for their assistance locating a missing man.

Furqan Muhammad-Haroon, 22, of Toronto, was reported to have been abducted on Saturday, August 22, 2009.

After further investigation, no abduction occurred as reported.

Muhammad-Haroon, 22, of Toronto, has been charged with Public Mischief.

Muslims arriving for the nightly Taraweeh prayers at the two large Islamic Centers in north-east Toronto, the Islamic Foundation of Toronto and the Islamic Institute of Toronto, were shocked by the news.

Furqan Muhammad-Haroon is a former student of the Islamic Foundation School and had made the pilgrimage with the Islamic Intitute’s Hajj group.

“I’m glad he is safe but shocked that he could have done this,” Yahya Qureshi, principal of the Islamic Foundation of Toronto School, told the Toronto Star.

(August 24, 2009) – A Toronto man was kidnapped by armed gunmen while driving in the east end of Toronto on Saturday

According to a Toronto police bulletin, “Furqan Muhammad−Haroon, 22, was driving his car in the Midwest Road/Midland Avenue area, when three men, one of whom was in possession of a gun, forced the victim off the road.”

“Shortly-after, the victim’s vehicle was located by police and the victim remains missing.”

There is shock in Toronto’s Muslim community at the brazen kidnapping that took place on the first day of Ramadan.

Muhammad-Haroon is known in the Muslim community and on the University campus where he is an active member of the Muslim Students Association. He performed the Hajj (Pilgrimage) with the Islamic Institute’s Hajj group.

“Furqan has been an active member of the UofT Muslim community for many years,” according to the Muslim Students’ Association@University of Toronto facebook page.

“It is extremely upsetting to most of us who know him to find out about this during the holy month of Ramadan.”

The victim’s vehicle is described as a green, 2003 Mazda, MPV van with Ontario Licence Plate ASEH 887.