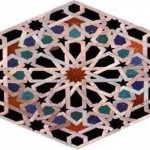 (October 2, 2009) – “Eids are a cherished opportunity to multiply one’s good deeds through bringing happiness and pleasure to the hearts of others,” writes Imam Zijad Delic, Executive Director of the Canadian Islamic Congress (CIC), in an article titled, The Significance and Importance of Eid Celebrations in Islam.

This happiness, however, is more than often strained by the disunity that comes with Eid. But September 13th, 2009, marked a significant step towards this highly sought unity.

“With the hope of uniting the Ottawa Muslim Community on the beginning and end of the month of Ramadan,” announced the newly formed Ottawa Hilal Committee, “Muslim organizations in Ottawa held a meeting on Sunday September 13, 2009 in order to discuss this issue. The result was an agreement between attendees that has shortly after gained acceptance from most organizations in the city.”

These organizations include the Ottawa Main Mosque, the Muslim Association of Canada (MAC), Jami Omar, Gatineau Mosque, Darassunnah, and many other organizations. (For the full list, see www.macottawa.ca)

Two days after this first meeting was held, a letter was sent to public mailing lists urging and calling for unity when it comes to the issue of moon sighting.

Signed by nine of Ottawa’s esteemed sheikhs, the letter came as a confirmation that the issue of unity over moon sighting remains in the hearts of our leaders and sheikhs.

Independent of each other, both efforts aimed at unifying the Muslims in our beloved city to enable us to all celebrate Eid Ul-Fitr together as one communal family.

Yet, both these coincidental efforts sparked considerable debate in the community, as the blessed month of Ramadan gradually came to a close.

“Is my mosque/organization on the Ottawa Hilal Committee?” was a question posed.

Another was, “Is my sheikh among the signatories of the letter?”

While such questions perhaps stem from deep trust in one’s organization or sheikh, it is often perceived as blind following.

This blind following sometimes thrusts an individual into a “my way or the highway” discussion, where disagreement and debate are considered unhealthy.

But the discussion is age old: Shall we adopt Unification in Horizons (tawheed al-matale’), commonly known as global moon sighting? Or Difference in Horizons (ikhtelaf al-matale’), commonly known as local moon sighting? Is one witness enough? Are two witnesses enough? In our day and age, with the advent of modern technology, can we use visual aids to witness the new moon? Can we use scientifically accurate astronomical calculations? What if we have a reported sighting that contradicted astronomical calculations?

All of these questions cannot be answered in this article, and require a large book, if not volumes, to address every aspect.

What is clear to us though, is that in our day and age, there is no ijma’ or consensus on the topic.

Whether local moon sighting, global moon sighting, astronomical calculations or a combination is used, each is backed by fiqh councils and hilal committees that support their opinion with Islamic texts.

With our rich mosaic of cultures and backgrounds, such difference in opinion is understandable.

In addition to understanding difference in opinion, do we embrace it?

One of the reasons the letter signed by the nine sheikhs drew some heat in the community was that it was presented as “an official, scholarly and profound fatwa” instead of as a recommendation.

This was construed as dismissive of the scholarship and knowledge of other local sheikhs in the city that did not sign the letter; while including a visiting sheikh and others residing overseas.

The highly publicized and argued OMA Imam dispute contributed to some feeling that the exclusion was inappropriate.

Moreover, the letter was labelled one-sided by some for having the signatories come from the same school of fiqh.

It was as if they were calling for their opinion on the matter and excluding not only other prominent sheikhs of different schools of fiqh, but also the opinion of prominent councils and scholars, particularly when it comes to astronomical calculations.

Among the councils excluded, at least by omission of their opinions, are the Muslim World League Hilal Sighting Council, the Fiqh Council of North America (FCNA), and the European Council for Fatwa and Research (ECFR).

When it comes to matters of ijtihad (scholarly discourse), there is ample room for compromise.

With this understanding, the Ottawa Hilal Committee was formed, with an open invitation to all of Ottawa’s organizations and mosques.

While initially reluctant, it took some time for some organizations, such as Jami Omar, to sign the agreement.

The agreement adopted local moon sighting in Ottawa and North America while using astronomical calculations to rule out the possibility of sighting and enabling the use of visual aids.

For some, this agreement is a step back.

Proponents of the opinion of adopting astronomical calculations, and believers of supporting indigenous fiqh councils, believe that stepping back to local moon sightings is returning to pre-modern times.

In an Arabic article titled, Why Differ About Astronomical Calculations by Sheikh Mustafa Al-Zarqa, a prominent scholar of fiqh, he states, “But today, in our modern era, where astronomy in its true meaning has separated from astrology in its cultural meaning of sorcery, witchcraft and fortune telling; and astronomy has become a science based on technologically advanced telescopes… Is it possible to doubt its accuracy and the certainty of its calculations, and to go back to how it used to be with simplicity and uncertainty in the past time of our ancestors?!”

Regardless of the criticism and cynicism, and despite the fact that Masjid Assalam is the only major organization that did not sign the Ottawa Hilal Committee agreement – even though its imam is one of the signatories on the letter calling for unity – I sincerely believe that both efforts are to be commended and are positive steps towards a unified Ottawa, insha’Allah.

Both efforts resounded in the Ottawa Muslim community and today, for the first time in Ottawa, an agreement has been reached between most of the major players in the city.

In the end, despite disagreements and differing fiqh opinions, it is up to our community leaders, sheikhs and scholars to strive towards unity.

More than often, the question, “Who is a leader/scholar?” is posed.

Is it enough to hold a bachelors degree in Sharia to issue a fatwa? Are we not obligated to accept the knowledge and authority of our sheikhs?

Indeed this is subject of another article at another time.

What matters is the spirit of Eid.

Imam Delic writes, “And in a very cosmic sense, Eid ul Fitr is a universal sign of praise to Almighty Allah, who gave Muslims a collective opportunity to realize themselves and their position in this world, to re-identify themselves with the Muslim Ummah (global community), so as to have integrity, dignity, and solidarity.”

It is this solidarity that we seek in our hearts, amongst each other.

And only by embracing our differences, accepting to compromise on matters of ijtihad, and opening our hearts with forbearance and tolerance, will we attain it.

**Ahmed Khalil is head of the Youth Committee of the Muslim Association of Canada in Ottawa. He can be reached at: solotunes@gmail.com