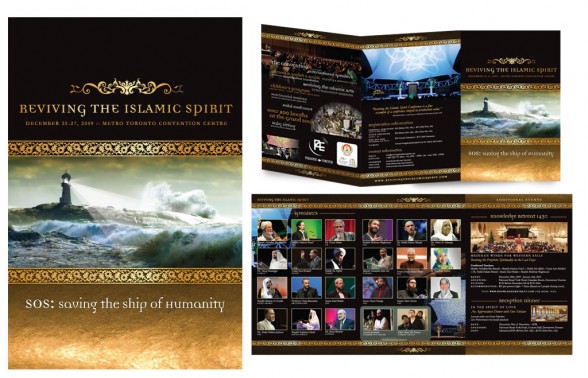 (December 21, 2009) – Toronto will be hosting the largest Muslim convention in the country this coming week.

15,000 delegates from across North America are expected to descend on the city for the 8th Annual Reviving the Islamic Spirit Convention (RIS) scheduled for December 25 to December 27.

The convention, which will feature high profile speakers from around the world, will address the theme ‘SOS: Saving the Ship of Humanity.’

“When a ship is lost at sea, is in imminent danger of sinking, or if it has been hijacked, the captain sends out an SOS,” according to the RIS website. “Our planet is currently sending out an SOS.”

“It is time for us to mobilize all of our resources to help save the ship of humanity, before it sinks, or is forever lost at sea.”

Since first held in 2003, the convention has become one of North America’s high-profile Muslim gatherings.

It has grown from 3,500 attendees in its first year to over 15,000 in 2008, making it one of the largest Muslim conventions in North America.

The organizers expect a higher turn-out this year as the convention falls during the Christmas holiday in Canada.

The event will also feature a grand Souk (bazaar), with vendors from all across the continent selling and promoting their products and services.

A number of well-known Muslim speakers from different parts of the world will address the attendees.

Ramadan, one of the most renowned Western Muslim scholars, will be launching his new book, ‘What I Believe’, during the convention.